How Even President Obama Gets U.S. History Wrong: We Weren’t a Colonial Power?

Roxanne Dunbar-Ortiz grew up in rural Oklahoma, the daughter of a tenant farmer and part-Indian mother. She has been active in the international Indigenous movement for more than four decades and is known for her lifelong commitment to national and international social justice issues. After receiving her PhD in history at the University of California at Los Angeles, she taught in the newly established Native American Studies Program at California State University, Hayward, and helped found the Departments of Ethnic Studies and Women’s Studies. Her latest book is “An Indigenous Peoples' History of the United States.” 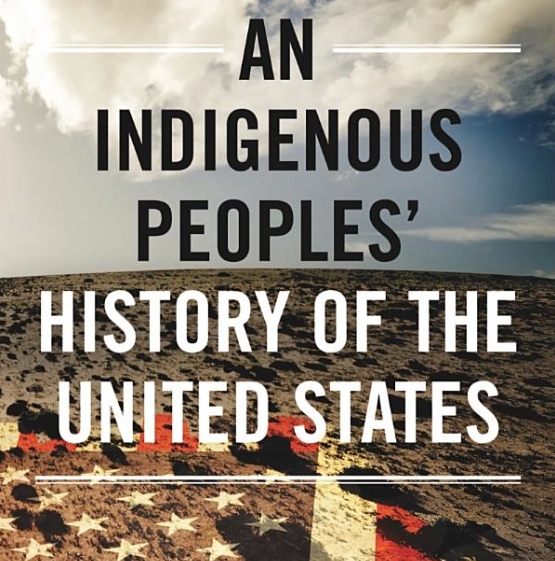 In a 2009 interview with Al Arabiya Television in Dubai, soon after his first inauguration, President Barack Obama affirmed that the U.S. government could be an honest broker in the Israeli-Palestinian conflict, saying, “We sometimes make mistakes. We have not been perfect. But if you look at the track record, as you say, America was not born as a colonial power.”

One has to query the president: How did the United States begin with thirteen small colonies/states hugging the Atlantic seaboard and end up in the mid-twentieth century with fifty states over much of North America, and a number of island colonies in the Pacific and the Caribbean? Apparently, it was manifest destiny at work.

According to the centuries-old Doctrine of Discovery, European nations acquired title to the lands they “discovered,” and Indigenous inhabitants lost their natural right to that land after Europeans had arrived and claimed it.Under this legal cover for theft, European wars of conquest, domination, and in some cases--such as the United States--settler colonial states devastated Indigenous nations and communities, ripping their territories away from them and transforming the land into private property. Most of the land appropriated by the United States ended up in the hands of land speculators and agribusiness operators, many of which, up to the mid-nineteenth century, were plantations worked by another form of private property, enslaved Africans.

Arcane as it may seem, the Doctrine of Discovery remains the basis for federal laws still in effect that control Indigenous peoples’ lives and destinies, even their histories by distorting them. 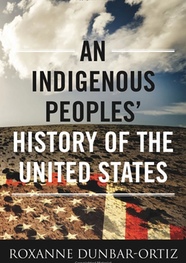 From the mid-fifteenth century to the mid-twentieth century, most of the non-European world was colonized under the Doctrine of Discovery, one of the first principles of international law Christian European monarchies promulgated to legitimize investigating, mapping, and claiming lands belonging to peoples outside Europe. It originated in a papal bull issued in 1455 that permitted the Portuguese monarchy to seize West Africa. Following Columbus’s infamous exploratory voyage in 1492, sponsored by the king and queen of the infant Spanish state, another papal bull extended similar permission to Spain. Disputes between the Portuguese and Spanish monarchies led to the papal-initiated Treaty of Tordesillas (1494), which, besides dividing the globe equally between the two Iberian empires, clarified that only non-Christian lands fell under the discovery doctrine.

This doctrine, on which all European states and the United States relied, thus originated with the arbitrary and unilateral establishment of the Iberian monarchies’ exclusive rights under Christian canon law to colonize foreign peoples, and this right was later seized by other European monarchical colonizing projects. The French Republic used this legalistic instrument for its nineteenth- and twentieth-century settler colonialist projects, as did the newly independent United States when it continued the colonization of North America begun by the British.

In 1792, not long after the founding of the United States, Secretary of State Thomas Jefferson claimed that the Doctrine of Discovery developed by European states was international law applicable to the new U.S. government as well. In 1823 the U.S. Supreme Court issued its decision in Johnson v. McIntosh. Writing for the majority, Chief Justice John Marshall held that the Doctrine of Discovery had been an established principle of European law and of English law in effect in Britain’s North American colonies and was also the law of the United States. The Court defined the exclusive property rights that a European country acquired by dint of discovery: “Discovery gave title to the government, by whose subjects, or by whose authority, it was made, against all other European governments, which title might be consummated by possession.” Therefore, European and Euro-American “discoverers” had gained real-property rights in the lands of Indigenous peoples by merely planting a flag. Indigenous rights were, in the Court’s words, “in no instance, entirely disregarded; but were necessarily, to a considerable extent, impaired.” The Court further held that Indigenous “rights to complete sovereignty, as independent nations, were necessarily diminished.” Indigenous people could continue to live on the land, but title resided with the discovering power, the United States. The decision concluded that Native nations were “domestic, dependent nations.”

In fact, Indigenous peoples were not allowed to continue living on their land under Andrew Jackson’s presidency; with the Indian Removal Act that he pushed through Congress, all the Indigenous nations east of the Mississippi were dissolved and their citizens were forcibly relocated to “Indian Territory,” which itself was later dissolved to become a part of the state of Oklahoma.

The Doctrine of Discovery is so taken for granted that it is rarely mentioned in historical or legal texts published in the Americas.

In the era of global decolonization of the second half of the 20th century, Native Americans remained colonized. The official celebration of Columbus is a metaphor and painful symbol of that traumatic past, although the United States did not become an independent republic until nearly three centuries after Columbus’s first voyage. None of Columbus’s voyages touched the continental territory now claimed by the United States.

Native American nations and communities are involved in decolonization projects, including the development of international human rights law to gain their right to self-determination as Indigenous Peoples, having gained the United Nations’ 2007 Declaration on the Rights of Indigenous Peoples, which the Obama administration endorsed. It’s time for the United States government to make a gesture toward acknowledgement of its colonial past and a commitment to decolonization. Doing away with the celebration of Columbus, the very face of the onset of colonialism in the Western Hemisphere, could be that gesture. In its place proclaim that fateful date of the onset of colonialism as a Day of Solidarity and Mourning with the Indigenous Peoples. In retiring Columbus, nullification of the Doctrine of Discovery is also required.

The affirmation of democracy requires the denial of colonialism, but denying it does not make it go away. Only decolonization can do that.