Right Versus Left: Culture Wars, Past and Present

Walter G. Moss is a professor emeritus of history at Eastern Michigan University and Contributing Editor of HNN. For a list of his recent books and online publications, click here. His most recent book is “An Age of Progress? Clashing Twentieth-Century Global Forces” (Anthem Press, 2008), which contained a chapter, “Values and Virtues,” that dealt with some of the cultural clashes of the 1990s. 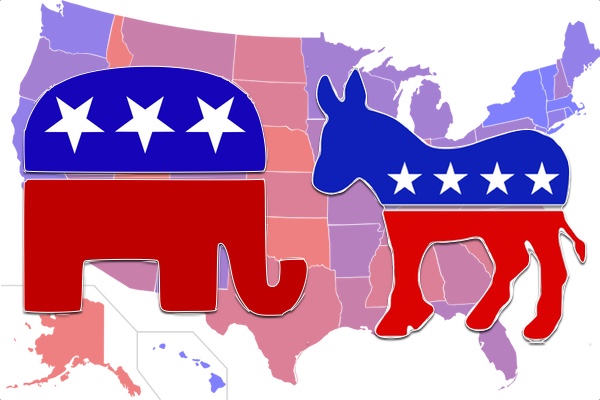 As The New York Times columnist David Brooks’s recent op-ed “The Cost of Relativism” reminds us, “relativism” is a favorite target of conservatives. Although he does not define the term in his column, most regular readers of his and other conservative writings know what he means. In a 2011 op-ed, he equated it with “extreme moral individualism.” Another conservative columnist, George Will, once referred to it as “the doctrine that all values are mere ‘social constructs,’ hence equally arbitrary and evanescent.” Brooks’s main point in his “Relativism” column was that “the growing chasm between those who live in college-educated America and those who live in high-school-educated America” is largely due to poor moral standards among the less educated. This failing helps account for why “high-school-educated parents dine with their children less than college-educated parents, read to them less, talk to them less, take them to church less, encourage them less and spend less time engaging in developmental activity.”

Shortly after Brooks’s op-ed appeared, the New Republic responded with an essay by Elizabeth Stoker Bruenig, “Poor People Don't Need Better Social Norms. They Need Better Social Policies.” It indicated what Brooks “doesn't understand about poverty” and about the causes of our growing national inequality.

This Right-Left debate continues the culture wars of the past few decades over issues like abortion, gay rights, education, sexual activities, media, and censorship. In a more encompassing perspective, a cultural clash has been going on ever since the eighteenth-century Enlightenment. In his The Enlightenment: The Rise of Modern Paganism (1966), Peter Gay details various criticisms of traditional religious ideas—for example, David Hume’s essay criticizing a belief in miracles. (See here for more on the impact of the Hume’s attack.) If the eighteenth century featured mainly Enlightenment attacks on traditional Christian teachings, the nineteenth-century spotlight fell chiefly on Darwin and his teachings and popularizers. The 1925 Scopes Trial and the continuing arguments of creationists indicate that Right-Left differences over Darwin’s teachings have continued to the present.

A preview of the late twentieth century culture wars between Right and Left occurred after the appearance of Anglican theologian Joseph Fletcher’s Situation Ethics (1966). He argued that an ethics based on unbending moral laws with no exceptions was too rigid. He gave the specific example of abortion, rejecting the moral position that it was always wrong regardless of the situation or circumstances, even in the case of conception due to rape. In place of a system of absolute “dos and don’ts” he advocated acting in the most loving way possible in any particular situation. This approach was too “relativist” for many conservatives.

Situation ethics is the notion that there are no absolute rules governing “right” and “wrong.” Rather, all human activity is determined by the situation of the moment–supposedly guided by “love” alone. . . . This philosophy of situation ethics is bereft of merit. . . . Subjectivity can never be the standard for human conduct. . . . If “situation ethics” is valid, there is no act under heaven that cannot be justified! . . . Situation ethics is a voguish belief in a world of immoral rebels who are determined to cast off divine restraints and “play God.”

In his Culture Wars (1991), sociologist James Davison Hunter described the cultural conflicts that were becoming increasingly evident between conservatives and progressives. The former believed that some sort of eternal, unchangeable, external moral authority existed that enabled them to determine what was right and wrong. For most of them the ultimate such authority was God, but their church, scripture, or some other source or combination of sources aided them in determining God’s will. The progressives relied more on reason, their inner selves, and contemporary conditions in deciding right from wrong. These divisions cut across many religious lines, with different Catholics, Protestants, and Jews, for example, being on both sides of the line.

Art critic Robert Hughes, in his book The Culture of Complaint: The Fraying of America (1993), dates the beginning of a culture war in the visual arts to 1989 when a U. S. senator on the Senate floor tore up a copy of a photograph entitled “Piss Christ” and insisted that taxpayer money should not be used to support such “trash.”

Although Bruenig’s New Republic essay mentioned above is correct in pointing out that Brooks pays insufficient attention to social and governmental programs that would alleviate poverty, it goes too far in stating that “poor people don’t need better social norms.” They do. But so too do we all: rich, poor, or middle-class. And Brooks is correct in believing that our society does not emphasize moral values enough.

In his Farewell Address of 1796, George Washington alluded to the importance of values when he stated that it was “substantially true that virtue or morality is a necessary spring of popular government,” and he hoped that future government actions would “be stamped with wisdom and virtue.” But in recent years the Left has been remiss in allowing the Right to appear as the champion of moral values. In a chapter entitled “Values” in his pre-presidential The Audacity of Hope, President Obama wrote, “I think that Democrats are wrong to run away from a debate about values.” He goes on to insist that the question of values should be at “the heart of our politics, the cornerstone of any meaningful debate about budgets and projects, regulations and policies.”

As I have mentioned elsewhere, some of the virtues and values that seem especially important in the political realm include the proper mix of realism and idealism, love, compassion, empathy, humility, tolerance and a willingness to compromise, a sense of humor, and creativity. How then do they relate to the culture wars between Right and Left?

If we believe that Hunter’s characterization of the culture-wars’ conservative and progressive positions (see above) is essentially correct, then to determine proper courses of action the Right relies more on traditional moral authorities like churches and scriptures, while the Left depends more on reason and a pragmatic approach. Conservatives like Brooks are correct in suggesting that progressives are more relativistic, more inclined toward a situation-ethics morality, than are conservatives. He is also correct in thinking that such a non-absolutistic morality has its dangers. The politically conservative Dostoevsky in his great novel Crime and Punishment stressed one of them: our reasoning powers can be faulty and lead us astray, even to the point of committing great crimes.

But the Right’s attacks during the culture wars have demonstrated more moral flaws than have the responses of the Left. Conservatives have shown too little respect for reason and science and thus often failed to take realistic steps to address major problems. The earlier dismissing of scientific evidence regarding evolution has continued in battles over global warming. A 2013 poll indicated that “Republicans say global warming is a hoax by a 58-25 margin. Democrats disagree 11-77.”

Despite traditional religions’ emphasis on love, compassion, and empathy, conservatives have also too seldom demonstrated these virtues when it comes to poorer people in our society. It’s true that when speaking of “multiple generations of people caught in recurring feedback loops of economic stress and family breakdown, often leading to something approaching an anarchy of the intimate life,” Brooks writes our “first response should be intense sympathy.” But he then adds “it’s increasingly clear that sympathy is not enough. It’s not only money and better policy that are missing in these circles; it’s norms.” But it is norms he stresses, and not more expenditures and better government policies to aid the poor.

In his 2011 op-ed mentioned above, Brooks mentioned Gertrude Himmelfarb, whose The De-Moralization of Society (1994) became a favorite of conservatives. She compared modern U.S. society unfavorably with Victorian England and its emphasis on virtues such as honesty, integrity, chastity, fidelity, respectability, politeness, courage, generosity, prudence, sobriety, thrift, cleanliness, and self-reliance. Instead, she wrote, we had too much “crime, drugs, violence, illegitimacy, promiscuity, [and] pornography.” She also criticized government welfare policies for helping to create a culture of dependency. Blaming social problems on people’s moral failings, even if partly true, has too often offered conservatives an excuse for failing to display compassion and empathy for the poor. This was true in Victorian England and remains so today in the USA.

Conservatives have also displayed too little humility, tolerance, creativity, and willingness to compromise. In the culture wars and beyond, they have been too dogmatic, too sure of the righteousness of their views, too confident that God is on their side. This pride has often led to intolerance and an unwillingness to work together with progressives in order to further the common good, which should be the main goal of politics. Dogmatic people also tend not to be very creative, for if they already have all the answers they need not seek new ones.

It is also no accident that the leading comedians of our day, like Jon Stewart and Stephen Colbert, are more progressive than conservative. Dogmatists take themselves too seriously, but as theologian Reinhold Niebuhr once reminded us, “People with a sense of humor do not take

themselves too seriously. They are able to ‘stand off’ from themselves, see themselves in perspective, and recognize the ludicrous and absurd aspects of their pretensions. All of us ought to be ready to laugh at ourselves because all of us are a little funny in our foibles, conceits and pretensions.”

Progressives, however, are not immune to the moral failings more comprehensively displayed in recent decades by conservatives. The Left too has to guard against such flaws as pride and dogmatism. And if progressives reject the moral absolutism of conservatives, they still need to take values seriously. Carefully and diligently they need to think out—and live by—their own wisely selected hierarchy of moral values. Neither dogmatic conservatism nor just spouting half-baked progressive platitudes serve our country well.