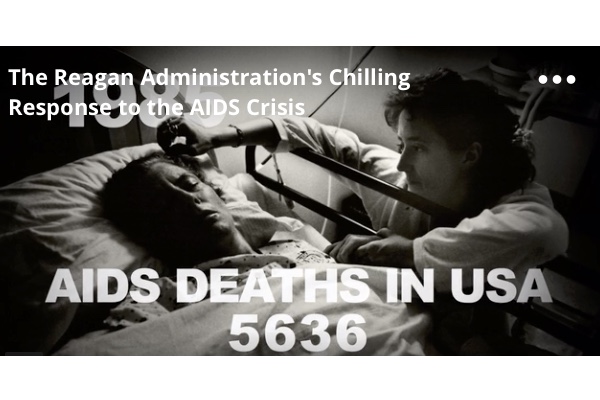 One of the most prominent stains on the reputation of the much-mythologized Reagan administration was its response, or lack of response, to the AIDS crisis as it began to ravage American cities in the early and mid-1980s. President Reagan famously (though, not famously enough) didn’t himself publicly mention AIDS until 1985, when more than 5,000 people, most of them gay men, had already been killed by the disease. Filmmaker Scott Calonico’snew documentary short, When AIDS Was Funny, exclusively debuting on VF.com, shows how the Reagan administration reacted to the mounting problem in chilling fashion. Not even Reagan’s appointed mouthpiece, notorious press secretary Larry Speakes, had much to say about the crisis beyond derisive laughter.