Researchers estimate that the incidence of human lethal violence at the time of the origin of our species was about six times higher than for the average mammal, but about as violent as expected, given our great-ape ancestry.

Are humans naturally violent, as the seventeenth-century philosopher Thomas Hobbes thought, with the prevailing condition of humans being one of “continuall feare, and danger of violent death”, or as Jean-Jacques Rousseau imagined a century later, neither good nor bad but moulded by their environments? Social scientists have long confronted this question by estimating rates of human violence after controlling for factors such as age, sex, race and income in large cohorts of individuals drawn from a variety of circumstances. In a paper online in Nature, Gómez et al. adopt a different approach: they use comparative methods from evolutionary biology to reconstruct probable ancestral rates of lethal violence at the time of the origin of our species roughly 160,000 to  200,000 years ago. 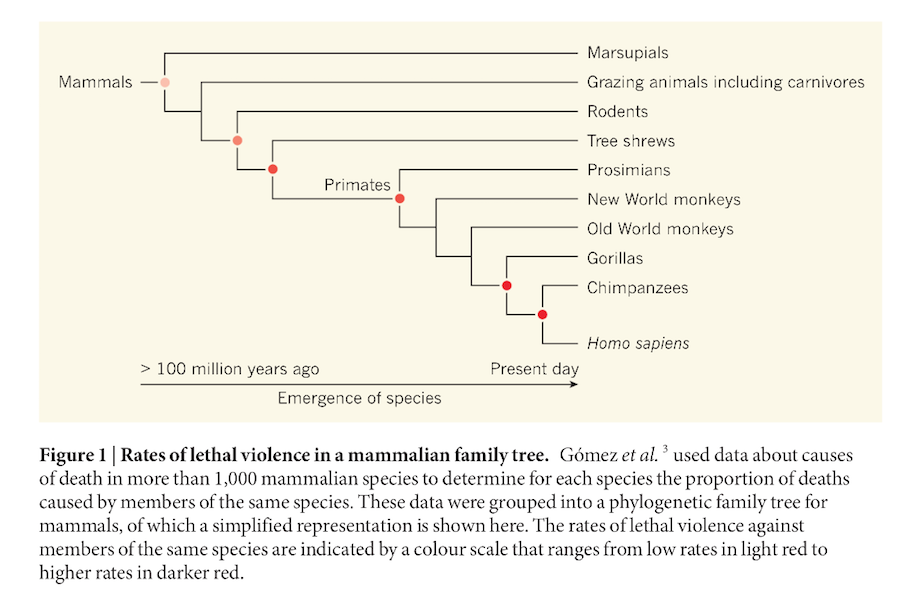