Chicago’s Got a Statue Problem too

Wallace Hettle, Professor of History at the University of Northern Iowa, is the author of The Confederate Homefront: A History in Documents (LSU Press, 2017). 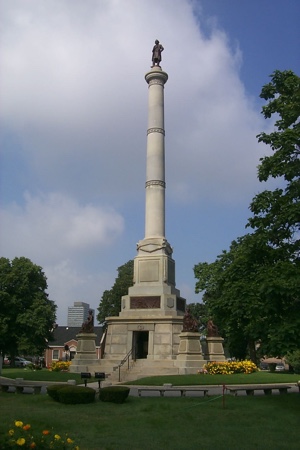 Since last August, when white supremacists marched to defend a Lee statue in Charlottesville, the movement against Confederate monuments has made remarkable progress. In December, a statue of Jefferson Davis and another of the slave trader, Confederate general, and Ku Klux Klan Grand Wizard Nathan Bedford Forrest were removed by the city of Memphis. Five years ago this might have seemed impossible. 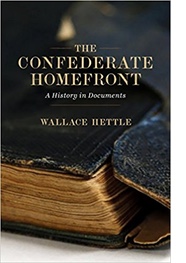 Confederate monuments are a legacy of institutional racism and segregation. These are not just southern problems; they are a national disgrace. About half of the country’s most segregated cities are in the North. The biggest of those cities is Chicago. Could the debate over Civil War monuments be relevant in the Windy City?

Chicago has its own objectionable monument from the Civil War era: a statue of Stephen Douglas elevated on a 45-foot column over his tomb. Ironically, it sits in the historically black Bronzeville neighborhood on the city’s South side.

Douglas differs from Robert E. Lee or Jefferson Davis in one important particular: he never committed treason. However, that is about the nicest thing one can say about the Illinois Democrat. The Bronzeville Historical Society’s president Sherry Williams, an African-American who once ran her organizations office out of the Douglas site, which also includes a Civil War POW camp, describes Douglas as “despicable.”

While most people remember Douglas as a politician, few know that slavery made him rich. On the day after his marriage to Martha Martin, Douglas’s father-in-law Robert Martin offered him an enormous plantation and its slaves as a wedding present. Douglas declined due to the potential political embarrassment involved with such a gift.

However, after his death in 1848, Douglas’s father-in-law left Martha 2500 acres in Mississippi land and more than 120 slaves. While this bequest was technically her property, Robert Martin’s benefitted Douglas enormously by granting him the enormous ongoing income from the operation. He received 20% of the annual wealth produced by enslaved people working in the labor camp.

In his political career, Douglas is most remembered as Abraham Lincoln’s opponent in the Lincoln-Douglas debates of 1858. In these contests, Douglas scored most of his points by race-baiting Lincoln. He repeated one charge: that Lincoln was a secret advocate of racial equality that included secret ties to Frederick Douglass.

Ironically, Stephen Douglas himself was born with the last name of “Douglass.” He dropped the second “s” just after Frederick Douglass published his famous Narrative. Several historians have speculated that he wished to avoid being confused with the black abolitionist.

In the Lincoln-Douglas debates, Douglas referred to “Lincoln’s ally, in the person of Frederick Douglass, the negro, preaching abolition doctrines; while Lincoln was discussing the same principles.” He also falsely noted “a speech made by Fred Douglass . . . in which he conjures all the friends of negro equality and negro citizenship to rally as one man around Abraham Lincoln .”

Frederick Douglass later said that “no man of his time has done more than he [Stephen Douglas] to intensify hatred of the negro.”

Unlike those memorialized in statues to the Lost Cause, Douglas sought to preserve the Union as it collapsed in 1860-61. Even then, however, his views on slavery and the nation were remarkably obtuse. In April 1861, Douglas sought a check for revenue from the plantation. He had to be reminded by a business partner in Mississippi of a major difficulty: the land was now located in a foreign country on the verge of war with the United States.

Of course, our country must take down statues erected by segregationist celebrants of the Confederacy. Yet that will only be a beginning; we in the North have plenty of our own work to do to achieve equality. Personally, I would love to see Douglas’s monument tossed into the dustbin of history. However, the monument belongs to the politically gridlocked state of Illinois, ensuring that it will remain in place for now.

In the meantime, if Stephen Douglas’s statue remains perched on a column, what about Chicago’s many progressive heroes? From Eugene Debs, Upton Sinclair, Richard Wright, Lucy Parsons, Clarence Darrow, Jane Addams, Studs Terkel, and Gwendolyn Brooks, the list of Chicago’s heroes is inspiring. All of them deserve public celebration. Chicago is their kind of town.