Impeachment Has Always Been a Purely Political Process 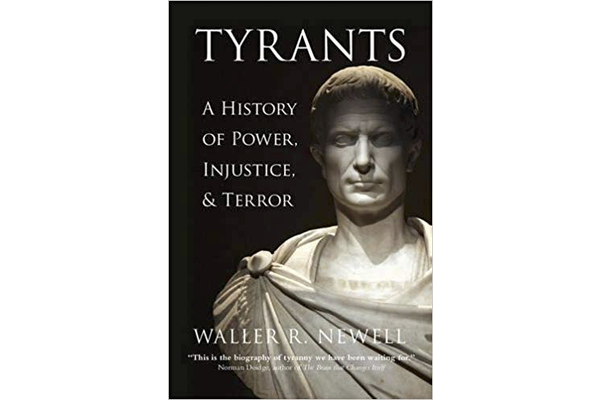 What exactly is impeachment? A common view is that the House of Representatives judges that the president has committed a crime, then the Senate tries him. But the Constitution’s criterion of “high crimes and misdemeanors” does not correspond to anything specific in the U.S. criminal code. Even if it did, legal precedent has already established that a sitting President cannot be indicted. Hence, when special prosecutor Leon Jaworski presented indictments over the Watergate break-in, he listed President Nixon as an “unindicted” co- conspirator. Even if a prosecutor did manage to indict a sitting president, he would not face a trial. Only after being impeached, convicted in the Senate and expelled from office would he be liable to legal prosecution like other citizens.

Impeachability is therefore very much in the eye of the beholder. The Mueller probe was sometimes likened to a prosecutor returning his findings to a grand jury made up of Congress. But that was a false analogy. The Constitution is silent about what process is to be followed before articles of impeachment are voted on. No investigation is explicitly mandated. Strictly speaking, a newly elected House of Representatives could vote articles of impeachment on its first day, without any investigation. The reason this does not happen is because those favoring impeachment naturally prefer to be supported in the court of public opinion. But they needn’t rely on the outcome of an investigation if they are willing to gamble on the public’s support regardless. The Mueller probe disappointed House Democrats because it found no evidence of collusion with Russia and no evidence of obstruction of justice that could stand up in court. But it made no difference to Trump’s opponents. Adam Schiff and Erick Swalwell maintained that Trump was guilty of both before the Mueller probe was completed, and they maintain it now that it has come and gone. At the end of the day, they are banking on public opinion sharing their conviction that the president has committed a crime. Even if impeachment articles are voted in, however, the prospect of the Republican majority in the Senate convicting Trump are virtually zero.

Why doesn’t the Constitution make a president’s impeachment synonymous with a prosecution for breaking the law? In Germany, for example, the President can be impeached by either of the two legislative chambers. At that point, the case goes to a federal court, which decides if he is guilty and whether to remove him from office. To clarify why the American process is so complicated and indirect, we have to ask ourselves what the Founders meant impeachment for in the first place.

As I wrote in TYRANTS: POWER, INJUSTICE AND TERROR, one of the Constitution’s fundamental aims, according to Alexander Hamilton, was to forestall the emergence an American tyrant — a “Catiline or Caesar.” Tyranny in the 18th century context need not connote full-blown monsters like Hitler. If a ruler violated Americans’ rights, like King George III taxing them without granting them representation in Parliament, that was tyranny. Ancient democracies like Athens, according to Hamilton, veered between the extremes of tyranny and anarchy. They could only rely on a virtuous statesman like Pericles to break this cycle. Such statesmen are very rare, and could prove to be tyrants in disguise — it’s too chancy. The “new” political science of the Enlightenment, Hamilton says, relies instead on the institutional division of powers, preventing one branch of government from tyrannizing over the others. Just as the president having the power of the purse would violate Congress’s jurisdiction, Congress’s ability to try a president like a law court would violate that of both the Executive and the Judicial branches. Rooted in Machiavelli’s analysis of the Roman Republic, the American constitution was designed to promote a peaceable political warfare among the three branches of government that would forestall the actual violence of civil strife resulting from one branch reigning supreme. As James Madison put it, the causes of vice are sewn into the human soul. We can’t remove those causes, but through the correct institutional mechanisms, we can impede their harmful effects.

In sum, the removal of a President from office through impeachment was designed as a purely political process. It is value neutral with respect to legal guilt or innocence. The Founders stacked the deck against it happening so that it would not be trivially invoked, which is why it’s happened only three times. In the case of Donald Trump, at the end of the day, all that matters is how the House and Senate vote. This may not be as morally satisfying to either side as outright condemnation or exoneration. But the Founders were wary of the power of moral outrage to spark the extremes of tyranny and anarchy characteristic of democracy in the past. Whatever the verdict regarding President Trump’s impeachment, the reaction will be confined to screaming pundits, not armed mobs. Or so we hope.