Will History Judge Trump? Only if We Preserve Our Capacity for Judgment


by Christine Adams and Nina Kushner 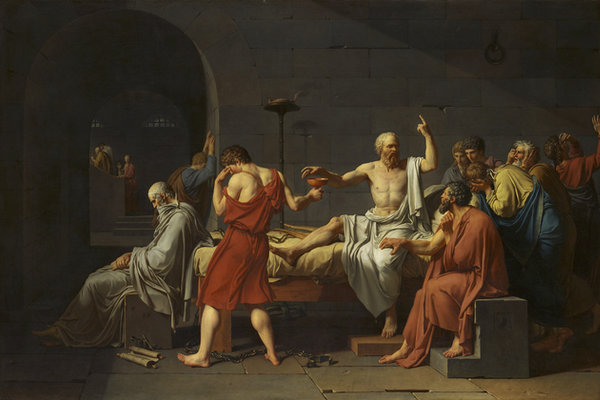 “If Republican Senators choose a cover-up, the American people and history will judge it with the harshness it deserves.” Nancy Pelosi’s angry tweet last January was a response to the Senate’s failure to call witnesses in President Trump’s impeachment, an event has faded from our collective memory as the very real fear of the coronavirus consumes our lives.  The White House’s chaotic response to COVID-19 will, by some estimates, result in an even harsher judgment by history than the Senate’s craven actions earlier this year. The assertion that “history will judge” assumes that actions in the present gain their full meaning only once the motivations of historical actors and the impact of their decisions have been assessed in the widest possible context – and that such an assessment can only be done in retrospect. That is the primary task of historians.

So how will “history” judge the actions of Republican senators and the president? The question takes on urgency because of the public health crisis. At least since February, Republican senators have chosen to ignore both the severity of the crisis and the dubious competence of Trump’s response. To hold Trump and the GOP accountable, even in future textbooks, will require a shared understanding of what constitutes truth.  A hallmark of any modern society is the idea that rational inquiry and unbiased evidence can lead us to the “truth,” a reality that most can accept. This understanding of the truth is at least 400 years old, emerging with gusto during the Scientific Revolution in the seventeenth century and then coming to shape thinking about government and society during the Enlightenment in the eighteenth. This idea of truth based on reason and evidence is what supports almost all research from life-saving medical breakthroughs (such as the coronavirus vaccine we are nervously awaiting) to the development of the iPhone.  But it is not the monopoly of research. Rational evidence-based inquiry is the hallmark of journalism, the work of intelligence agencies, and even the legal system, however imperfectly.

Yet it is exactly this understanding of the truth that is at risk, and that puts us all in danger right now. Last January, Republican Senate leaders worked hard to make sure that their members would not have to listen to evidence that would force them to confront truths they wanted to ignore. Today, many governors are reopening their states even as cases of COVID-19 and deaths continue to mount, ignoring the evidence that shouts “too soon!” The president seems determined to create a narrative that the pandemic is under control and it is time to get back to work, desperate to revive the economy even though many Americans continue to question whether it is safe to end social distancing and reopen businesses yet.

Of course, “fake news,” blatant lies, twisting reality to hold on to power – these are nothing new in our political leaders. In a 2004 New York Times piece, Ron Suskind attributed the following infamous quote to a senior Bush official (thought to be Karl Rove):

People like you are still living in what we call the reality-based community. You believe that solutions emerge from your judicious study of discernible reality. That's not the way the world really works anymore. We're an empire now, and when we act, we create our own reality. And while you are studying that reality—judiciously, as you will—we'll act again, creating other new realities, which you can study too, and that's how things will sort out. We're history's actors, and you, all of you, will be left to just study what we do.

But until recently, this gleeful willingness to “create our own reality” has not been the norm, nor have institutions that uphold basic truth standards been publicly attacked by the government in the way that has become the hallmark of the Trump presidency. In fact, President Trump has demanded that Republicans publicly accept his version of reality – from the size of the crowd at his inauguration to the idea that Russia did not interfere in the 2016 elections. Now, he is demanding that the Americans people accept his claim of victory over the spread of COVID-19, and that they quietly ignore the deaths that continue to multiply in their communities.

It is a cliché that history is written by the winners. It is not, at least not any more. History is, for the most part, written by professionals who undergo years of training to learn how to use historical sources according to strict rules of evidence to explain what happened in the past. To enforce these rules, the work of historians undergoes peer review before publication, weeding out biases and inaccuracies. It is not a perfect system, but it does fairly well.  But for history to judge this moment, and for citizens to accept that judgment, we will need a common understanding of truth. Even though, as historians, we write, we teach, and we tweet, we cannot bring the force of history’s judgment to bear alone. We need our fellow citizens to believe that our work provides a context predicated on modern notions of truth. We need our political leaders to put the truth ahead of fear and the desire to remain in power, especially when the public health, and indeed, our public institutions, are at stake. We need them all to accept an evidence-based reality. Only then can history make a judgment that will actually matter.