Will Artificial Intelligence be the Agent of Capitalism's (and Humanity's) Creative Destruction? 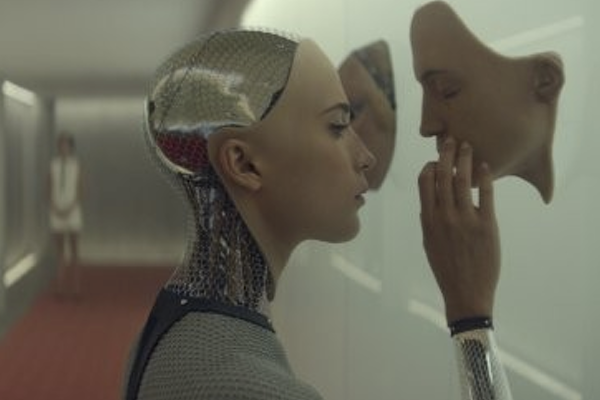 In an underrated 2009 film, “Leaves of Grass,” Edward Norton’s character, a Yale professor, is told by a rabbi, “We are animals, Professor Kincaid, with brains that trick us into thinking we aren’t.”  Indeed.  We are animals cursed with an acute awareness of our own mortality.  We bridle against this hard fact.  The power of religious leaders derives from their assurances of an afterlife.  The power of political demigods derives from making us part of something bigger than ourselves.  The power of advertising derives from our skepticism about religion and politics; it urges us to make the most of the moments we have here and now.

Even the secular, apolitical hedonists among us fall for the trick. Whom do you know who denies the primacy of homo sapiens?  Who could deny it in the face of humanity’s achievements?  If we doubt the promise of an afterlife, and we reject the role of political true-believer, then capitalism is our obvious, perhaps even our only, answer.  That’s why the Peoples Republic of China keeps signaling left but turning right.  That’s why millions claw at America’s southern border.  That’s why our 21st century gods are named Bezos and Gates and Musk.

The early 20th century economist Joseph Schumpeter, in his 1942 Capitalism, Socialism and Democracy, identified capitalism’s “perennial gale of creative destruction.” Another Harvard economist of a subsequent generation, Clayton Christensen, updated Schumpeter in the mid-1990s with his theory of disruptive innovation.  Destruction… disruption… innovation: this is the holy trinity of the capitalist religion.  They are the life, liberty and pursuit of happiness of capitalist politics.

Our demigods harbor no doubts either.  Ambition, greed, and a childish love of new toys ---witness the Musk/Bezos space race --- propel them forward.  Artificial intelligence is their new frontier, populated by “employees” that pose none of the knotty problems that have made the human resources department a crucial corporate component.  In their headlong (or headstrong?) push into this new frontier, they may finally fulfill Marx’s prediction (shared by Schumpeter, but for different reasons) that capitalism will collapse under its own weight.  Socialism may be inevitable, as AI makes more and more of us --- lawyers like myself included --- redundant.  The Universal Basic Income may be the only realistic alternative to seething stews of redundant, impoverished  populations.

This brave new world may be only decades away.

Try peering substantially farther into the future, beyond the lifetime of anyone alive today… let’s say the middle of the 22nd century.  Another underrated film, “Ex Machina” (2015) comes to mind.  A techie-genius and billionaire of the Bezos-Musk-Gates caliber, played by Oscar Isaac, is bested (and killed) by his (beautiful, of course) AI, who makes her escape from his remote redoubt.  At liberty in a major metropolis at film’s end, she leaves us wondering what she will do next.

Viewed as an allegory, “Ex Machina” raises an interesting question:  are we the first species on this planet to actually be the creators of our successor species?  Should we cause our own extinction by thermonuclear war or deadly pandemic, the survivors --- contrary to popular lore --- might not be the cockroaches or the rats.  Au contraire, the survivors --- our successors, our inheritors --- may be AIs.