Who's Afraid of Critical Race Theory? 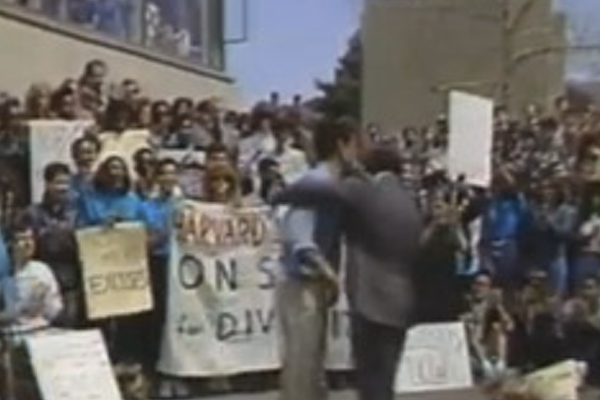 In 2012, as Barack Obama ran for reelection, the right-wing website Breitbart set out to examine his time at Harvard Law School. They were looking for a scandal.  They found a tape of Obama, then a law student, speaking at a political rally.  He praised one of his professors, the controversial African-American scholar Derrick Bell, and hugged him.  Bell, it turned out, was a practitioner of something called Critical Race Theory (CRT), an academic field far less controversial then than it is today.  Guilt by association had been used against Obama before, most notably in regard to his pastor, Rev. Jeremiah Wright in 2008, but this time the attempt fell flat. The media moved on, and CRT ceased to be of public interest for almost ten years.

Under examination by more than thirty states, CRT is now back in the spotlight.  Then, as now, it is more controversial than radical.  For thirty years, CRT has been a school of thought among a small, informal, group of professors, mostly in law.  These writers examine disparate topics, but all view the law through the prism of America’s fractured race relations. A Columbia  University law professor, Kimberle Crenshaw, coined the term. For her, CRT was “a way of seeing… the ways that our history has created these [racial] inequalities that now can almost effortlessly be reproduced unless we attend to their existence.”  Examining how our history created racial inequalities remains worthwhile, even if it makes some people uncomfortable.

CRT has been reinvented by Christopher Rufo, a right-wing activist and frequent guest on Fox News. He is proud of his fantasy vision of critical race theory:  “The goal is to have the public read something crazy in the newspaper and immediately think 'critical race theory’.”  Rufo brags about how conservatives having been able to “recodify” the term CRT, but he hasn’t recodified anything, just distorted the truth.   CRT has become a dog whistle, designed to stir up white animus against people of color without using inflammatory language.  The strategy is working for Rufo; thirty state legislatures are considering legislation regarding CRT, or have already done so.

CRT is an intellectual movement, yet critique of its intellectual project has lacked a key element: examination of the views of the professors involved in the movement. It is hard to summarize easily, because it is not a monolith. Nevertheless, to understand CRT it is worth starting with Derrick Bell, the professor who made the news for a day in 2012. If anyone could be described as a founder of CRT, it would be him.  Bell began his career as a civil rights lawyer working for the Justice Department in the 1950s. In 1959, the Justice Department, convinced that his membership in the NAACP would compromise his objectivity, demanded he that resign his membership.  He refused on principle, left the department, and began a new career as a law professor.

Bell’s academic career was built around a critique of mainstream Civil Rights discourse.  In an early article, “Serving Two Masters: Integration Ideals and Client Interests in School Desegregation Litigation,” Harvard Law Review (1983). Bell drew on his formative experience as a lawyer who worked against long odds to win school desegregation after Brown v. Board of Education (1954).

Litigators had few tools to deal with “massive resistance” to the decision in the 1950s. Private segregationist academies opened in much of the South, and in many places whites essentially opted out of public education.  Even when courts ordered busing in large school districts such as Detroit and Boston, the sheer geographical size of the districts posed obstacles to providing integrated schools, as did white flight to the suburbs.

Bell’s “Serving Two Masters,” published in the Harvard Law Review in 1976, started with a simple fact. Lawyers are supposed to work for clients, in this case African-Americans whose children attended segregated schools.  But in  truth, Civil Rights lawyers served another master:  liberal groups such as the NAACP, who paid their salaries.   Liberals, Bell wrote, were “fixated” on integration.  If African-American parents were asked, Bell suggested, they might say the prospect of achieving “color-blindness” was too distant.  Facing an entrenched system, African-Americans might choose better schools, even if they were segregated. Bell’s argument accepted a false choice between integration and academic excellence. It would not be would not be fair to equate antiracist lawyers to the “separate but equal” doctrine of the 19th century, it was still a risky argument to make. Bell later admitted he lost friends over the article.

Bell also attracted attention with “Brown vs. the Board of Education and the Interest Convergence Dilemma,” in the Harvard Law Review (1980)  Here Bell argued that whites would not support change unless it was in their interest.    This view seemed pessimistic, but in one sense it was prescient: no Democratic presidential candidate has won the majority of white votes since 1964.  At the risk of oversimplifying Bell’s argument, the Supreme Court’s motives for making the Brown decision had almost nothing to do with integration.  The Court did advance the interests of blacks, but only did so to achieve goals desired by whites.  Yes, the Supreme Court chose “racial remedies” in the Brown case.  But the Brown decision happed due to “unspoken and perhaps subconscious judicial conclusions” that would play well globally in the Cold War. In other words, the decision was not about segregation, but other “interests deemed important by middle- and upper-class whites.”

So what accounted for the victory of Brown?  Three things: the U. S. wanted to win the Cold War by projecting an image of racial harmony; it wished to desire to reward the contributions of black veterans of World War II; and finally, because it removed segregation as an obstacle to building the “sunbelt with all its potential and profit.”  But as the movement to desegregate schools foundered, white interests no longer converged with those of Blacks.  Because of that divide, Bell argued that perhaps the best solution was “the improvement of presently segregated schools as well as the creation or preservation of model black schools.” Here, he again called for something like the “separate but equal” doctrine of  the notorious decision in Plessy vs. Ferguson.

In the 1980s, Bell broke even further from the norms of traditional legal scholarship, adopting unconventional approaches to the discipline, including story-telling and science fiction.  The most powerful of his many books in this vein was called, provocatively, Faces at the Bottom of the Well: The Permanence of Racism (1993).

Racism is not timeless, and Bell’s view of racism as permanent does not stand up to historical scrutiny.  Historians such as Winthrop Jordan and Edmund Morgan have illustrated slavery’s crucial role in the emergence of racism. If racism has an identifiable beginning, it can end.  If Blacks can fight for reforms, they can improve their position. In the struggle against slavery, historians, most notably Manisha Sinha, have illustrated how African-Americans led the interracial abolitionist movement.  W. E. B. DuBois effectively portrayed a “great strike” that ended slavery.  Denying the possibility of change denigrates the black crusaders who fought and died to end slavery or to win Civil Rights.

Bell recoiled from fostering illusions that led to failed struggles.   Yet in academic politics, he never shied from a fight.  Bell advocated for scholars of color at Harvard, and threatened to leave unless the law school hired a black woman.  Out of all the black women practicing the law in the  United States, Harvard could not hire a single one. Bell was right:  Harvard’s stance can only be described as indifference, perhaps combined with a vision of “merit” that favored white men.  This critique connects to Crenshaw’s coinage “intersectionality,” which has become a buzzword on the academic left. Drawing on her experience as a litigator, Crenshaw drew attention to the plight of black women in cases involving employment. While summary of her influential work work is impossible in one sentence, she examined the fact that Black women suffer from overlapping oppressions, and their experience differed from those of white women or Black men.

The recent nomination of Supreme Court Justice Ketanji Brown Jackson confirmed Bell’s view of the privilege embedded in the process.  Fox’s Tucker Carlson recently demanded to know her LSAT scores. It is unlikely he would ask for this private and irrelevant information about a white candidate.  While judges are appointed to the Court with an eye to politics, Carlson, with this strange standard, played the race card from the bottom deck. Bizarrely, Lindsey Graham tried to make Jackson take a position on a book called The Anti-Racist Baby, as if all African-American judges were responsible for every book written by a black person. Of course, Jackson was far too wise to take the bait.

In fairness, while Bell viewed the idea of racial equality as a sugar-coated fiction, he never, in his words, “accepted racism.” Bell was a lawyer above all else, and that may have skewed his vision. He worked to implement change through the courts, and discovered that Blacks could not litigate their way to freedom.  Fortunately, as labor activists and community organizers could note, the law is not the only means to change the world.  Indeed, the work of activist scholars informed by Bell’s and Crenshaw’s foundational critiques have brought legal scholarship together with social movements. Notably, Michelle Alexander’s The New Jim Crow has connected legal analysis of the mass incarceration crisis to antiracist, drug decriminalization, and prison reform and abolition movements. Indeed, it seems that the demonization of CRT by the right stems from a hostility to these political goals far more than to ideas.

A headline from The Onion captures today’s controversy over CRT:  “Teacher Fired for Breaking State’s Critical Race Theory Laws After Telling Students She’s Black.”  People like Carlson and Rufo targeted CRT, the movement Derrick Bell helped create, due to their racism.  But Bell is more complicated than that. He was controversial, but he was no fiery radical, or even a liberal. It seems he wanted a fairer, more decent capitalism, and was bright enough to recognize that he likely would not get it.

Unfortunately, that does not matter to the right, who are not interested in CRT, but simply in scoring points. This was evident in the bizarre, performative, confirmation hearings for Ketanji Brown Jackson, which taught us more about Republican phobias than the nominee’s judicial ideas. There are so many dispiriting moments in those hearings—for me watching Ted Cruz debate racist babies with Jackson was especially painful.

In Republican hands, the term CRT conjures up fear of Blacks.  Racism is still weaponized by reactionaries.   Conservatives will play games, and behave in bad faith, as they did at the recent hearing.  In other words, Bell had good reason to despair about the future.

But we should remember what happened when conservatives found the videotape of the young Barack Obama hugging his Harvard law professor.  They took their best shots at Obama and Bell, and they lost. Whatever his flaws as a president, Obama was a masterful politician, and his example should remind us that racism is not absolute or permanent.  It can change because we can change. Contrary to Bell, progressives should not be guided by the possibilities for change rather than our fears.