Despite the Cultural Differences, There's Common Ground Between Boomers and Zoomers

Dr. Joseph Preston Baratta is Professor Emeritus of History and Political Science at Worcester State University and the author of The Politics of World Federation (Praeger, 2004). 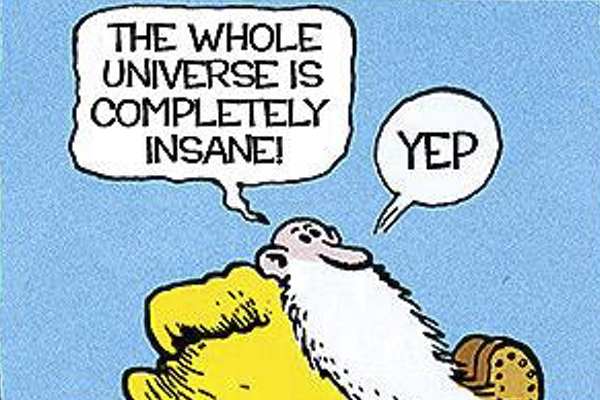 I am a member of the Love Generation―those Americans who reached adulthood in the Sixties―and am sometimes asked what I would tell the young people in Generation Z (born since 1996), who feel that their concerns about climate change and other pressing global challenges are not being heard by their government or the United Nations.

In the Sixties, a cartoon character called Mr. Natural used to say, “When you’re taking down the State, Kids, remember to keep a smile on your face and a song in your heart.”

One of our global problems today is the lack of uplifting popular songs, as we had in the Love Generation while struggling to advance civil rights and to stop the Vietnam War, like the Youngbloods’ “Get Together”:

Smile on your brother

Try to love one another right now.

There is a view, articulated by music critics Rick Beato and Ted Gioia, that “Gen Z doesn’t care about music.”  Kids care about video games, which are visual and addictive.  Bo Burnham’s “Inside” and Ed Sheeran’s “Shape of You” might be typical.  These are self-produced YouTube specials, which deal with issues like mental health, climate, pandemics, social movements, and the Internet in a comic or multiracial way, where music is a mere accompaniment.  Chris Christodoulou of the Westminster School of Art argues that, like the Internet, pop culture is far more global than in the past.  So, just as rock music was unintelligible to our parents and served to connect us kids in our struggles with the older generation, so video specials or pop music may again come to our rescue.

Although at 78 my hair is white, I still feel young at heart.  I am still thrilled by a stand of tall trees while hiking or by fair weather clouds on a sunny day.  But I have to admit that the future looks grim.  If you like pessimism, you will get a full dose from Brian Watson’s Headed into the Abyss, in which he argues that ten global problems — capitalism, technology, the web, politics, media, the environment, human population, and the like — are unlikely to be solved before civilization itself falls, predictably by 2070.

I confess, the future — say by 2070, the future that young people today will live to see — looks bleak to me, too.  I am encountering more and more people of all ages who openly say they are in despair.  Halting climate change and loss of biodiversity is often in the forefront of their minds.  They say to themselves, “Why did you, the older generation, give us a world in such a mess?  Is this the inheritance you prepared for your children?”

I am a little impatient with young people today who despair of the future.  Do you think that we in the Sixties had it so easy?  Before us was the Vietnam War, the threat of nuclear war made vivid by drills in school to find cover, and domestic pollution so bad that the Cuyahoga River in Ohio caught fire!  We were in the midst of racial segregation—legal and cultural—so bad our cities were aflame.  We had yet to experience stagflation and the economic inequalities at the root of the injustices that now plague our country and the globe.  If we were lucky enough to get into college, we had to decide what to do if we survived—to plan to get into some professional field where we could contribute to a better world.  I chose history.

I have dedicated my professional life as a teacher and historian to understanding—intellectually—these global problems—war in my case first of all—and then to proposing a vision of a planet truly at peace.  I have become a historian of efforts, in many countries after World War II and first use of atomic bombs, to confront the threat of nuclear war by establishing a democratic, federal government of the world.  General disarmament would make possible reforming the U.N. into a popularly representative, democratic union of states and peoples.  The goal was to inaugurate the rule of world law, to make agreements on solving global problems like preserving the natural environment binding.

Young people today should know that they are faced with a comparable challenge.  It is to unite the globe, even the U.N., in novel ways to solve our global problems.

During the world federalist movement of the Forties, the Columbia University Professor Carl Van Doren, author of The Great Rehearsal, said, “History is now choosing the Founding Fathers of the World Republic.  He who could be one of that group, and does not seek to be, has lost the noblest opportunity of a lifetime.”