Monkeypox Has Been Around for Decades; This Outbreak is a Product of Neglect

by Alessandro Hammond and Cameron Sabet

Alessandro Hammond is a student at Harvard University, and is a research fellow in oncology and hematology at Boston Children's Hospital.

Cameron Sabet is a graduate student at the University of Pennsylvania and has accepted articles at international outlets like The Lancet, sole-authored publications, and medical research in high-visibility journals like Annals of Neurology and the Public Library of Science One (PLOS One). 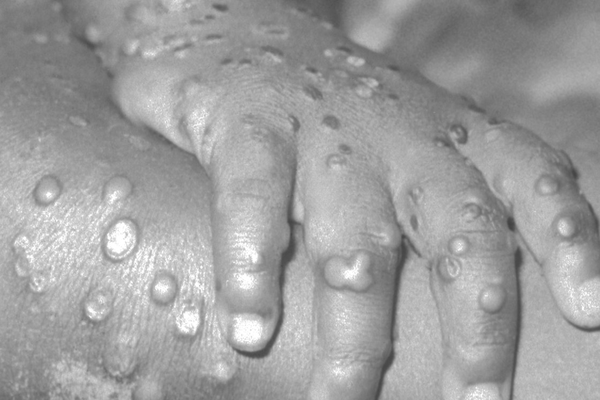 Monkeypox is a zoonotic DNA virus first described in humans in 1970. At the time, a 9-month-old patient unvaccinated against smallpox presented to a hospital in the Democratic Republic of the Congo (DRC) with pus-filled bumps resembling smallpox. This similar symptom reflects the shared genus of both causative viruses under the orthopox designation. Despite the monkeypox confirmed case count rising to 47 in sub-Saharan Africa by 1979, with seven proving fatal, the World Health Organization (WHO) Global Commission for the Certification of Smallpox Eradication dismissed its importance citing ineffectual human-to-human transmission. Monkeypox subsequently migrated to other continents and infected 65,415 people globally as of September 20, 2022. As WHO Director Tedros Adhanom Ghebreyesus now asseverates, “this virus has been circulating and killing in Africa for decades. It’s an unfortunate reflection of the world we live in that the international community is only now paying attention to monkeypox because it has appeared in high-income countries.”

When the DRC encountered the world’s first monkeypox case, the nation was already tackling civil and economic turbulence and a waning population immunity from a concurrent HIV outbreak. Neglect from wealthy countries and institutions of power cemented the ensuing shortage in vaccines, medical care, and research funding. The Global North even hoarded vaccines after the eradication of smallpox in preparation for potential leaks from biological laboratories, leading to a shortage in orthopox vaccines across the DRC. According to Harvard Medical School professor Bruce Walker, “[e]very person that becomes infected with the virus gives the virus another chance to mutate. Aside from just the humanitarian issues, there’s an additional issue of trying to prevent a worse pandemic from arising.” Pandemics thus offer a lesson policymakers never learn: isolationist responses to global health threats might appear to benefit powerful nations. In reality, however, such myopic strategies endanger everyone.

Monkeypox went international in 2003 when a Ghanaian exotic animal shipment housing infected rodents arrived in America. An Illinois animal distributor housed these animals alongside prairie dogs, which became infected and transmitted the virus to 70 humans. Instead of redirecting resources to tackle monkeypox in Africa, American epidemiologists instead focused on the potential domestic impacts of this real foreign problem. For example, American scientists focused on checking animals in their own country without bothering to locate the original wild animal reservoir in the resource-poor source country. Though epidemiologist Anne Rimoin notes how “we narrowly escaped having monkeypox establish itself in a wild animal population,” this intense focus on the potential for infection in wealthy countries rather than its reality in Africa reflects a colonial understanding of disease as belonging within certain bodies and borders. By centering Western welfare and failing to intervene in the vulnerable areas of active infection, the continued inaction of the Global North overseas kept the engine of monkeypox variant production running full speed.

Monkeypox is now endemic in 10 countries across Sub-Saharan Africa, and is present in over 50 countries worldwide. With powerful nations finally threatened, the WHO has begun its race to catch up to this virus, recognizing the disease as a “public health emergency of international concern.”

Even after proclaiming monkeypox as a public health emergency, WHO member nations stockpiled 31 million orthopox vaccine doses and refused to distribute them to African nations, claiming the potential for unforeseen side effects. The real side effect of this policy? The mutated Central African monkeypox virus strain mortality rate of about 10% now dwarfs the corresponding 1-3% rates among strains endemic to Central and West Africa. In the same vein, wealthy countries only acknowledged the recent COVID-19 pandemic when it reached their shores and again hoarded boosters from unvaccinated countries across the Global South. Despite a surplus of vaccines, this similarly lackluster international effort to vaccinate Sub-Saharan Africa led to the spread of the more easily transmissible Omicron variant. We keep paying the price of neglect, but refuse to learn from our mistakes.

This apathy towards the country is reminiscent of the slow and uncoordinated global response to the 2017 Zika mosquito-borne virus outbreak from Brazil, which caused abnormal fetal brain development in pregnant women. As the New York Times reported in 2017, “while tourists were warned away from epidemic areas, tens of millions of women living in them were left unprotected.” Scarcity of clean drinking water, lack of healthcare in rural environments, and sexual and reproductive restrictions all amplified these adverse health outcomes.

Though the Brazilian government was roundly criticized for inaction, the broader international community must be held similarly responsible for the spread of Zika virus. According to Lawrence Gostin, director of the O’Neill Institute for National and Global Health Law at Georgetown University, “Latin America was pretty much left to its own devices.” This them-and-us apathy from wealthy countries might have been due to the reliance of the Zika virus on mosquito vectors, which prevail in regions with stagnant water, humid climates, and poor infrastructure. Powerful public health organizations and nations without these conditions subsequently adopted a colonial understanding of disease as belonging to peripheral countries oceans away from them.

Beyond thus devoting scant resources for vaccine development, the WHO and Centers for Disease Control and Prevention (CDC) did not issue formal guidance for women to postpone pregnancy or seek an abortion if an ultrasound revealed fetal microcephaly or brain damage. This lack of advice might have been a defensive tactic to ensure minimal criticism over violating women’s autonomy from the political left or religious values from the right. As a result of this limited guidance, many gynecologists felt compelled to deviate from official recommendations and privately suggest abortion to these patients. Despite such interventions on the individual level, an estimated 2,500 Brazilian children were born with life-threatening microcephaly during the Zika pandemic, with evidence of mosquito-transmitted infection reported in 86 other countries. Authorities tackling other pandemics like monkeypox must now reflect on this failure and allocate resources swiftly and generously to resource-poor countries to prevent undue suffering everywhere.

For the 21 million immigrants streaming into Ellis Island between 1892 and 1924, one of the most feared government officials were physicians of the U.S. Public Health Service. After disembarking, a physician would inspect bodies for atherosclerosis, rheumatic fever, and lung problems. As the immigrants continued walking, another physician would watch intently for posture, muscle weakness, and lameness. Later, yet another physician would inspect people’s faces and necks for asymmetry, defects, goiters; nail, skin and scalp for fungal infections; and mental acuity or psychopathic tendencies. Finally, the most feared exam would come - an inspection of the eyelids for trachoma. Using a hook, doctors would inspect for the blindness-producing disease, easily cured today with antibiotics. Then, with one word, immigrants, ultimately totaling 200,000, would be returned to their country of origin with hopes of a better future dashed. Because of this medical neglect for outsiders to the US, these returned immigrants were free to spread observed communicable diseases within their home country. Note that these home countries did not likely did not share a similarly robust healthcare infrastructure to the US.

Modern viral molecular phylogenetics reveal that HIV arrived in New York City around 1969 from Haiti. Yet, it did not become significantly discussed until the 1980s or significantly addressed until the 1990s. However, HIV emerged sometime between the 1920s and 1940s in the Congo, primarily impacting the rural communities under Belgian rule. Because of the lack of medical infrastructure and neglect by Belgian officials, the viral spread remains unnoticed, despite the unusual spike in deaths of young and otherwise healthy individuals. NYU Professor Dr. Joseph Osmundson in an NYU news story that a country that provides its citizens access to healthcare “would notice” a rise in unexpected deaths due to rare cancers and rarely lethal pathogens. Of note, when the Congolese gained independence in 1960, there were 0 Congolese doctors due to a history of colonial legislation forbidding Congolese natives from education beyond the fifth grade. As a result, foreign health interventions require education initiatives in target communities to produce more informed citizens and healthcare leaders. These societies, if enjoying greater education, might prove more receptive to foreign interventions while remaining trained and ready to deter the potential encroachment of power from the Global North.

With global warming increasing the prevalence of pandemics, we must better prepare ourselves to fight these disasters. Despite this rising pressure to perform cooperatively, countries in the Global North are still more willing to vaccinate away any possibility of infection on domestic shores before offering such life-saving supplies in resource-poor viral epicenters to combat variant generation overseas. We thus encourage wealthy countries and influential organizations to graduate their worldviews beyond the Global North to crush future pandemics at the source. Global interests cannot continue operating reactively and defensively, hoarding vaccines and ignoring threats until they arrive at domestic shores. A proper active and offensive strategy entails prioritizing funding for researchers, educators, and communities on the front lines.

On the battlefield of public health, everyone is conscripted to fight a common viral enemy. As infected bullets fly from the barrels of noses and viral gas attacks drift over crowded areas, saving others first might not be a popular option among anxious soldiers and the generals that risk mutiny with every choice. Regardless, past pandemic missteps revealed booby traps lining a clear path forward with monkeypox: if we continue failing to support our world’s most vulnerable regiments, inaction will continue to drive variant generation and heave the world into unnecessary suffering.