Simon Keable-Elliott is a full time writer and lecturer having previously spent 25 years as a teacher of Politics and Director of Model United Nations at Royal Russell School, Croydon, UK. He is Robert Keable's grandson and has been preparing a book on the author for a number of years using writings, letters, interviews, official records and a visit to tahiti. He has been in contact with leading academics around the world. His book Utterly Immoral, Robert Keable and His Scandalous Novel is published by Troubador. 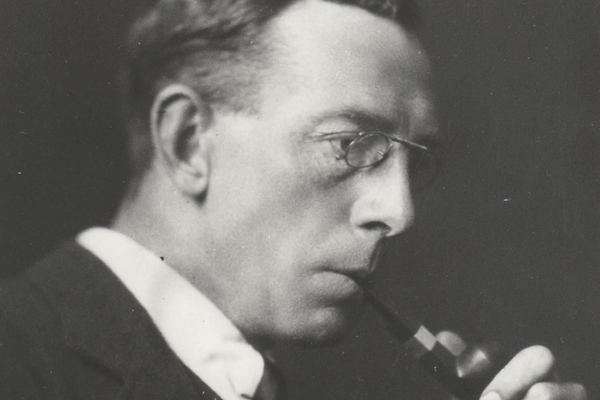 One hundred years ago the publication of Simon Called Peter, the first novel of Robert Keable, an English priest and former missionary, caused a sensation. It was a war novel with no fighting, telling the story of a priest going to Le Havre as a chaplain and discovering the realities of life behind the front lines. Slammed by critics in England, it received a more mixed reaction in America when published in 1922. The New York Herald commended it “for presenting a graphic and undoubtedly veracious picture of actual conditions,” but F. Scott Fitzgerald called it “utterly immoral” and later mocked it in The Great Gatsby. The novel became an international bestseller – reaching the top five in America in 1922. There were multiple efforts to ban it and, after it featured in the Hall-Mills murders, a New York magistrate agreed “it is a nasty book and particularly objectionable because written by a clergyman.” [in 1922, Episcopal priest Edward Wheeler Hall and Eleanor Mills, with whom he was having an affair, were murdered in New Jersey. Hall’s wife and her brothers were acquitted of the killings in 1926—ed.]

Robert Keable moved to Tahiti in 1922 but regularly visited America, where he was feted as a celebrity. A play of Simon Called Peter was performed on Broadway, the sequel made into a Hollywood movie. Other novels sold well. However, Robert died young of kidney disease in 1927, and is virtually unknown today. I believe he was a significant figure whose life and works need to be reassessed.

It has been suggested that Simon Called Peter was simply autobiographical, and that time should not be given to a priest who had an affair during the war and then wrote about it with no remorse. Robert did have an affair during the war, but the circumstances were very different from those described in his novel – perhaps worse. He was a married priest and his lover a 19-year-old lorry driver working for the Canadian Forestry Corps.  More importantly though, his war experience was far more significant than that.

Robert was ordained in 1911 and spent eighteen months in Zanzibar, working as a missionary for the University Mission to Central Africa. Unable to become a military chaplain in 1914, he was given a parish in Basutoland (now Lesotho). When the South African Native Labour Corps (SANLC) was established in 1916 to provide black laborers to help with the war effort, Robert helped recruit. He was devasted when two of his parishioners were amongst the 600 SANLC laborers who died when the troopship SS Mendi was sunk by accident in the English Channel. By then he had already enlisted as one of only twelve white chaplains who accompanied the men – and was soon based in Le Havre, where the men were employed unloading the ships.

Robert witnessed the appalling treatment of the men he had encouraged to volunteer. They were forced to live in closed camps, in appalling conditions, working twelve-hour shifts, and facing racist abuse from their officers. His experiences in Africa, working in multicultural Zanzibar and among a large black congregation in Basutoland, had not prepared him for the overt racism. He heard a SANLC officer in “an applauding [officer’s] mess,” say “the Basuto are growing too well educated and too numerous and ought to be ‘thinned out’.” Robert was powerless to help although he did write a book, The First Black Ten Thousand, which SPCK agreed to publish in 1918. He hoped it would shed light on their shocking treatment, but it was blocked by the British censor at the last minute and never published.

Robert is known today because of the success of Simon Called Peter but he wrote many other books which deserve re-examination, and his life story is remarkable – giving us a real insight into the first three decades of the twentieth century.

While still at school Robert was already teaching at his father’s Sunday school and open-air preaching in the slums of South London. He won a scholarship to Cambridge University where he knew Rupert Brooke – their poetry appeared together in an anthology. In Zanzibar he set up the first multi-faith scout troop in Africa, mixing Christians, Muslims, and others. His book City of Dawn, describing his time there, was very well reviewed.

In Basutoland Robert re-energized his parish, concentrating on the care of the local population and dramatically increasing the number who attended his church. The local population denigrated him, especially after he had returned from the war, because he was so critical of the racism he witnessed. He campaigned against forced labor practices introduced by the British after the war.

In Tahiti, Robert was the leading English celebrity on the island. He renovated, and lived in, French Impressionist Paul Gauguin’s old house, before building his own on the other side of the island. His book Tahiti, Isles of Dreams presented an honest and a very unromanticized portrait of Tahiti in the 1920s. He supported James Norman Hall, who co-authored The Mutiny on the Bounty, during his writer’s block, employing him as his secretary. He mixed with the American expats who had made their life on the island and invited visitors to the island, such as Zane Grey, to stay. And he married a Tahitian princess who bore him a second son.

One last reason why Robert Keable’s life should be reassessed is because his views, which were much mocked at the time, are taken more seriously today. Robert wrote and campaigned on marriage reform. He left the priesthood, partly because of his adulterous affair, but always maintained that it was the church at fault and not him. He argued the church’s insistence on the sanctity of marriage did not allow for mistakes, that many decided to marry for the wrong reasons, and that the sin was to continue living with someone you did not love.  In his last book, The Great Galilean, he championed the loving philosophy of what he called the “historic Christ,” but questioned the views placed on the traditional Christ.

Robert Keable was famous in the 1920s. One hundred years on is the right time to look again at his contribution and the significance of his writing.