Blogs > Infinity, Limited > Another Casualty of Bin Laden's Attack on America Was the Space Program 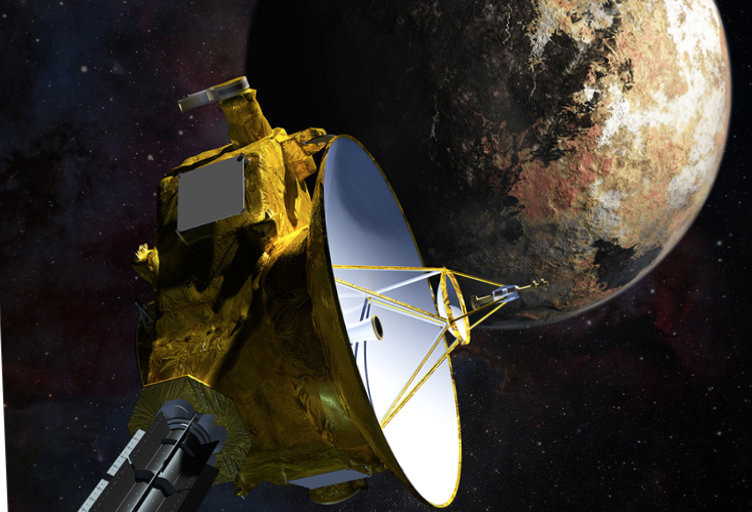 Jan. 19, 2006, marked when I really, really hated Osama bin Laden. Like every other American, the tragedy of 9/11 made me want to destroy al-Qaida, but I viewed the group mediated through the lens of the news. When NASA launched New Horizons to Pluto, however, I began to hate bin Laden for what he made us do — and chose not to do.

By itself, New Horizons is an incredible technological achievement. But it is much more, a stunning statement of long-term confidence in the future, a demonstration that American engineers, scientists and managers working together could plan, build, launch, maintain and operate a spacecraft for nearly a decade before it reached Pluto, the recently dethroned planet and last major object in our solar system to be visited by an American spacecraft.

The contrast with human spaceflight could not be starker. In January 2004, President George W. Bush unveiled his Vision for Space Exploration with the goal of returning astronauts to the moon in 2015 and sending them to Mars later. Skeptics looked at the budget plans and warned that the Bush administration was significantly underfunding this “Apollo on steroids,” to use NASA Administrator Michael Griffin’s phrase. Sadly, they were right.

The consequences of the rise of Muslim terrorist groups, the American reaction to 9/11 and President Bush’s global war on terrorism extend far beyond the war in Iraq and expanded state surveillance worldwide. The trillions of dollars consumed by the war (and the refusal to raise taxes to pay for it) have profoundly reshaped the federal government with space exploration a prominent loser.

Bin Laden is dead, but so is Bush’s Vision for Space Exploration. Sending people to Mars remains on the horizon roughly 20 years away, a position that has not budged in the last three decades.

While the rhetoric from Congress and the White House remains positive, the concomitant funding is not. The mismatch between resources and rhetoric is not new: As James R. Morrison told the first Augustine commission on space in 1990, the United States “talks leadership, but plans, organizes, and funds for mediocrity.”

Ask any space enthusiast about the next steps in space exploration and exploitation and you will feel like a kid in a candy store: So many exciting choices! Sadly, NASA’s short-term and long-term financial futures ensure that most of those tantalizing sweets will not be tasted. Barring a major shift in the political environment, NASA’s budget will not increase to a level anywhere near the levels needed to accomplish its goals. Worse, NASA is again becoming a political football as some Republicans actively seek to shrink NASA’s work in earth sciences.

Ideology is further adversely affecting space exploration via the return of sequestration. Just as the Department of Defense is warning about the dire effects if sequestration continues, so too is NASA concerned about the continuing impact of this financial straitjacket. And if the Republican Congress and Democratic president cannot agree, the chaos of another government shutdown will do more short-term damage.

Finding the resources to reach the planets will require refocusing on domestic politics and shifting the American political environment. Reforming the American tax system, ending sequestration and increasing discretionary spending are not as exciting as planning missions to Mars, but they are necessary for the latter. Like spaceflight, numerous proposals exist, such as a technology-neutral carbon tax, the Tobin tax on securities trading, removal of loopholes and subsidies from the tax system, and restructuring of government programs using behavioral economics, to name but a few.

But until the cost of reaching and operating in Earth orbit and beyond drastically declines, the American government will remain the largest player in space. A significant part of the new space market is based on the government as market and project funder. And if Congress and the White House, reading or ignoring the public will, do not provide funding for NASA, then the space candy store will remain out of reach.

Advocating for space exploration and exploitation means restoring financial stability to the government. Successful advocacy will involve not just the promise of space but also dedication of time and effort to ensuring sufficient public and private investment to fulfilling that promise.

How principal investigator Alan Stern worked to persuade NASA, the White House and Congress to approve New Horizons was also a significant political accomplishment. To ensure there will be future new horizons, the space community must first, like Voltaire’s Candide, tend its larger garden on Earth.

This piece appeared in the August 15 Space News and is reprinted with permission.  What I did not but should have stated in the original piece is that the second Iraq war will cost American taxpayers between two and three trillion dollars including interest and other long-term costs.  That's the direct financial cost.  In contrast, estimates for a human mission to Mars (estimates that NASA prefers to avoid making because it makes a nice target as president George H.W. Bush discovered in 1989 when he proposed his Space Exploration Initiative to go to Mars), are in the $200 billion range.  That is, NASA could have launched 10-15 separate massive programs to send people to Mars for the cost of president George W. Bush's Iraq war.  The casualties of that war extend far beyond the killed and wounded.