Blogs > Infinity, Limited > Why Do Some Scholars Win Prizes (and Others Don't)?

Why Do Some Scholars Win Prizes (and Others Don't)? 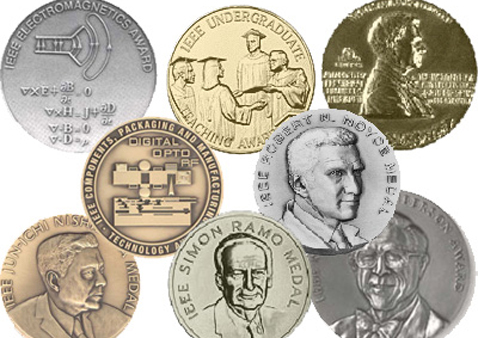 Soccer and baseball for our kids always meant a trophy at season’s end.  I marveled at how the coaches always managed to highlight the positive.  The prizes in academia and industry are a bit scarcer, the accompanying words a bit more voluminous and multi-syllabic, but the intent remains the same:  to recognize those whose efforts contributed significantly to the field.

Looking at the awards a professional society offers can provide interesting research openings into the evolution of that field.  The types of awards show what the society (or particular donors) considered sufficiently important to devote resources to finding money, receiving authorization by the society, and then finding members to serve on the prize committees.

Like most of life, awards and honors have hierarchies.  The American Institute of Aeronautics and Astronautics (AIAA) gives 80 awards and honors.[1] Most are specific technical, educational, student, service or publication awards, but six fall under the AIAA’s “premier” awards.   Reflecting the AIAA’s birth in aviation, the two oldest awards (Daniel Guggenheim, 1929, and Reed Aeronautics, 1934) both honor contributions in aeronautics.  The Goddard Astronautics award (1948) extended that recognition to space.  The Distinguished Service award (1968) reflected the reality that societies like to and need to honor their most active members.

The addition of International Cooperation (1988) demonstrated the AIAA’s increasing attention to move beyond the United States, an effort echoed by many other societies.  Perhaps most interestingly, the AIAA Foundation Award for Excellence (1998) is unique in honoring mostly groups (such as the X51A Waverider Team in 2014) instead of individuals.  Considering engineering projects involve large numbers of people, this is a more accurate award than an individual honor.

Some awards, especially those for lifetime achievement, may lag behind the person’s contributions by decades.  A general award, like the Institution of Electrical and Electronic Engineers (IEEE) Medal of Honor for “an exceptional contribution or an extraordinary career in an IEEE field of interest,” usually reflect larger recognition of a person (or negotiations among the judges about what is most important).

The narrower the scope of the award, the smaller the interested audience is – and the more illuminating of that area.  The IEEE Energy Systems Award recognizes “a significant contribution in the broad field of energy systems, specifically as related to the application of engineering sciences and systems engineering to the production, storage, distribution, and conservation of energy.“  To research contemporary energy history, I would view the three decades of winners as a starting point to investigate the priorities of this intersection of aerospace and energy.

Number illuminate, but they rarely self-explain.  In 1928, the American Institute of Electrical Engineers, a predecessor to the IEEE, introduced the Benjamin Lamme award for “meritorious achievement in the development of electrical apparatus or machinery,” which Lamme funded in his will. From 1991 to 2002, four Americans, four Europeans and three Japanese received the medal.  Before 1990, only American received the medal.  Did the criteria or prize committee membership shift after 1990?  Did the geography of innovative engineering expand?

The IEEE last presented the Lamme in 2002 and officially discontinued the award in 2008, when four IEEE societies (Industry Applications, Industrial Electronics, Power Electronics, and Power & Energy) established the Medal in Power Engineering for “generation, transmission, distribution, application, and utilization of electric power for the betterment of society.”[2]  What caused the six-year gap leading to the demise of the Lamme?  How challenging was the creation of the broader power engineering award?

In 2010, Toyota sponsored a medal for Environmental and Safety Technologies “for outstanding accomplishments in the application of technology in the fields of interest of IEEE that improve the environment and/or public safety”[3] Of five awards, four went to automobile-based accomplishments in safety and electric vehicles.  Does that reflect the importance of the automobile to electrical engineering or the bias of the award’s sponsor? The recipients were very international:  four Americans, three Japanese, three Germans, and one Singaporean.[4]  Does that reflect the field, the non-US sponsor, or a committee or IEEE attempt to be truly international?

Curious about women who received IEEE awards?  The Women Awards Recipients lists the 42 women (one received two awards).[5]  The existence of this webpage itself is intriguing, probably indicating an institutional interest in showcasing female engineers.  A simple breakdown of the timing of the awards is even more intriguing:  What happened after 2011 to drastically increase the number of female awardees?  Did a generation of female engineers finally reach the stage of their careers where their accomplishments made them eligible?  Did the IEEE try to encourage its prize committees to consider women more seriously?

Left unmentioned is the assumption that the list is complete, which implies that no woman received an IEEE award before 1991.  Also unmentioned are the number of men who received awards in those periods and the number of female and male IEEE members.

What do its nine prizes tell us about the Society for the History of Technology (SHOT)?   SHOT’s highest award is the Leonardo da Vinci medal (1962) for lifetime accomplishments instead of a specific work.  Two prizes are dedicated to building the field:  the Robinson prize (1980) honors the best paper presented at a SHOT conference by a first-timer and the Ferguson prize (2007) honors “original reference works that support future scholarship,” which rarely receive mention otherwise.  Museums and exhibitions are the focus of the Dibner award (1987).

-       Levinson (1991): a publication that “examines technology within the framework of social or intellectual history”

In addition, the SHOT Special Interest Group in Computers, Information, and Society (SIGCIS) has its Computer History Museum (2009) and Michael Mahoney (2015) awards for “outstanding” book and article in the history of computing and information technology respectively.[7]  Honoring original research clearly is SHOT’s priority.  Four of the seven research prizes are very broad in nature.  The specific prizes for electrotechnology and computing reflect an organized community effort to endow an award and not an institutional bias toward one sector of research over overs.

The Hacker prize is the most interesting because its focus is books that an educated layperson could easily read and appreciate.  Consider that an effort to reward authors who reach beyond the academic community into a more public intellectual discourse.  Reflecting an interest in technology that reaches beyond academic, several awards went to authors whose primary identification is not as a historian of technology, such as Eric Schlosser and Susanne Freidberg.

Certainly, the Hacker awards provide a stimulating list of recommended books on the history of technology for the casual reader as well as the professional historian.  In this case, reading indeed is its own reward.

Eric Schlosser, Command and Control: Nuclear Weapons, the Damascus Accident, and the Illusion of Safety (The Penguin Press, 2013)

Bella Bathurst, The Lighthouse Stevensons: The Extraordinary Story of the Building of the Scottish Lighthouses by the Ancestors of Robert Louis Stevenson (Harper Collins, 1999)