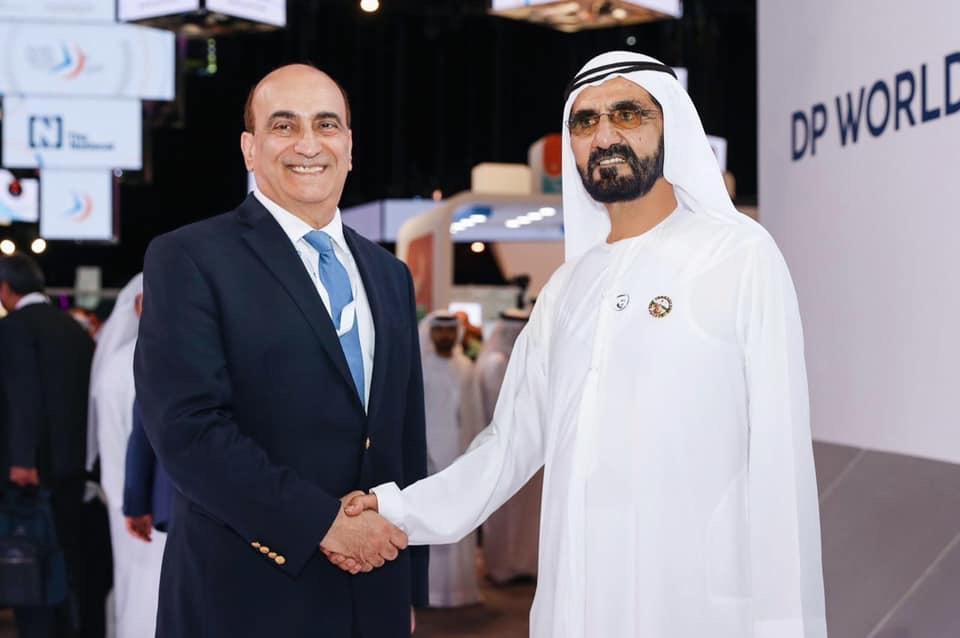 I have followed the rise of the Dubai phenomenon in the Gulf and the Arab world for years, either via friends and family who worked, lived and visited there, or via media and other reporting. As for the UAE in general, the understanding of Dubai’s role in the Gulf and the Middle East was limited to its commercial and economic offerings and development, which was computed only statistically. In the post 9/11 era, many Americans grew suspicious about what was perceived as a wave of funds coming from the Gulf to assist extremists around the world. This popularized picture of “nefarious Petrodollars” was used by many quarters, initially aimed at tarnishing the Emirates’ image worldwide. Such perceptions obfuscated the value of what that part of the Gulf was producing for the world (and we are not talking about energy and oil) while simultaneously allowing the other side of the Gulf—Iran—to take advantage.

But the change in American optics regarding the young principalities reversed the trends of fear and limited information as the region entered the so-called Arab Spring. The first signal coming from the United Arab Emirates (UAE) was its announcement of one of the most comprehensive lists of terror entities in the world. Abu Dhabi’s government drew my full attention in 2014 when they assigned designations to all the terrorist and extremist entities operating in the Arab world, including a few operating in the West. This announcement and the statements made by the UAE leaders, including those made by its Foreign Minister Sheikh Abdallah bin Zayed, were a benchmark in the history of ideological counter terrorism—not only in the region, but worldwide. This laid the foundation for a larger gathering of members of what would later become the Arab Coalition against Terrorism. In November of 2016, I had the privilege of meeting and chatting with the UAE’s Crown Prince, Sheikh Mohamed bin Zayed. I also had a comprehensive dialogue with Foreign Minister Sheikh Abdallah at his residence in Abu Dhabi. The depth of these conversations convinced me that the UAE was the factory producing the most advanced strategic thinking aimed at defeating extremism and building the core of Arab moderate societies. But there was a social experiment at the core of this Emirati reformation. I discovered it in Dubai, the beating heart of the Gulf.

The city, known for having become the jewel of the Gulf, with its skyscrapers, cutting edge infrastructure and titanic businesses, has a human dimension that competes with its modernity and socio-economic progress. The UAE has been mutating into an epitome of the future modern Arab state, and Dubai has become a model for Arab megapolises of the future, as stated by two Gulf leaders, Mohamed bin Zayed (MBZ) and Mohamed bin Salman (MBS). Rightly so, as MBS said: “Dubai is the future of the Arab world.”

I saw the phenomenon with my own eyes last month when I was invited by the Dubai Press Club to participate in the Arab Media Forum along with dozens of journalists, writers and media personalities from across the region. The theme of the impressive convention was to look at the future of media in the region and how the media can be used to advance the cause of moderation, deradicalization and future technological advancement. The gathering was launched by His Highness Sheikh Mohammed bin Rashid Al Maktoum—Vice President, Prime Minister and Ruler of Dubai, who shared his futuristic vision for Dubai’s emirate and city. The media event, with publishers and powerful voices, male and female, from Saudi Arabia, Egypt, Lebanon, Sudan, Yemen, and many other Arab countries in addition to the emiratis, showed me the next stage in communication in the region. While al Jazeera of Qatar and al Aalam of Iran are resisting change and hanging on to the old bellicose narrative, the Dubai school of thought displayed a smooth transition towards tolerance, optimism and progress. Seeing, hearing and interacting with men and women of the print and electronic press pushing for a positive, more humane narrative in a highly combative region, is inspiring. I could feel the change, see the future and bathe myself in the nearly tangible hope.

The “Dubai spirit” I experienced in 2019 convinced me that there is another path in the Arab world, a path that will convince the West that all is not lost and that there could be a brighter future for the region despite Jihadists and Ayatollahs. But that glimpse of future is also very convincing for Arabs and Middle Easterners. Across the city—whose skyline looks like it belongs in a Hollywood movie, I saw people from dozens of ethnicities, religions, sects and traditions. It was something close to the peaceful cities found in “Star Wars”—with a Planet Naboo-like environment. And that is what I found across from quasi-medieval Iran’s Islamic Republic on the other side of the Gulf. Something almost surreal. The feelings I had while strolling in the city reminded me of Beirut before 1975, the then-called Paris of the Middle East. I wasn’t too off in my vision. The leader behind this urban revolution, Sheikh Mohamed bin Rashid had himself pointed out that his dream for Dubai was started in pre-war Beirut. Thus, the latter, which was seen as the jewel of the Arab world from the 1950s to the 1970s, has been reborn in the Emirates as a new global, more advanced and thriving megapolis in the 21st century.

The luxurious lifestyle, abundance and peaceful features of Dubai, are not its ultimate features. For as I witnessed in Lebanon decades before, all of the similar urban wealth disappearing under the thunder of terror, then war, occupation and stagnation. Furthermore, as the region is flirting with tensions arising from US-Iran confrontation, the Gulf cities could find themselves the target of extremists in the region. America is a strong partner to the Arab Coalition, and no aggression will be tolerated, as it was demonstrated when Saddam invaded Kuwait in 1990. The UAE and its partners in the Gulf, including Saudi Arabia, have enough strength and determination to deter any enemy. But the real assets of the emirates, and in particular Dubai as its largest most sophisticated city, are its population and its leaders.

It is no wonder why the city is sought by millions of visitors from around the world, even by citizens from countries whose regimes harbor jealousy and contempt toward the Peninsula’s fastest developing urban center.  Sheikh Mohamed bin Rashid al Maktoum has built a city its competitors respect and whose admirers wish to emulate. The one day I spent in the emirati desert—from the city all the way to the frontier of the Rubh al Khali (Empty Quarter)—taught me the same type of humility I experience when I walk along the slopes of high mountains. From Dubai’s skyline to the stars above the sandy dunes, there is a perfect storm brewing in Dubai. One that is renewing the old Bedouin character of persistence and marrying it to the cutting-edge civilizational achievements rising along the coast of the Gulf. What I saw there was a mix of the old sophisticated Beirut, the imposing power of New York, and the sweetness of Miami. These three cities have been known for their economic success and vast diversity. Dubai’s revolution, if anything, provides a glimpse into a more hopeful, post-extremist Arab world.

Dr Walid Phares is the Co Secretary General of the Transatlantic Parliamentary Group TAG. A former advisor on foreign policy to Donald Trump and a former national security advisor to Mitt Romney. He is the author of many books including "The Lost Spring."