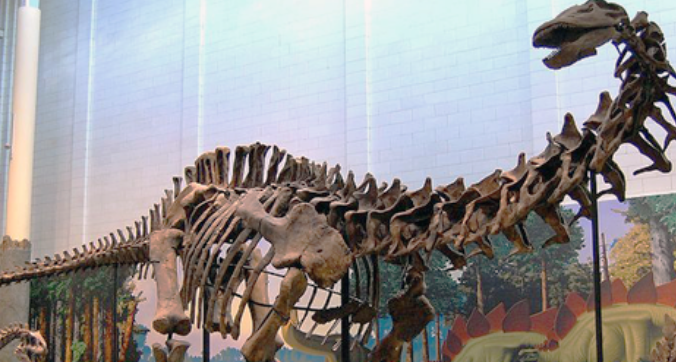 This was in the morning newspaper.  A paleontologist at work in Patagonia has discovered a Dreadnoughtus, which is estimated to have been 85 feet long and weigh 65 tons.  But that's not what's most remarkable.  This creature lived on Earth millions of years ago.  Its ilk, we are told by scientists, reigned between 250  and 65 million years ago (MYA).

This is what fascinates me as a historian.

We historians are used to thinking in time frames of a decade or two or maybe a few hundred years if we are really daring and reckless. The paleontologists' timeframe is considerably longer.  To them something that happened, say, 50,000 years ago, is said to have occurred in the blink of an eye.

We are, of course, principally preoccupied with ourselves.  As E.O. Wilson reminds us in his new book, The Meaning of Human Existence, people are most fascinated by other people.  We don't gossip about dogs.  We gossip about the people who own dogs.
But since we as a species have only dominated Earth for some 50,000 years, and emerged from the hunter gatherer stage just 10,000 years ago, and only invented mass culture 500 years ago, is it not sobering that other creatures were here before us millions of years ago?
Whenever I find myself in the middle of an academic debate about history I think about the dinosaurs.  It helps remind me that our perspective is rather parochial.

This is a shocking admission.  Historians are supposed to be in the business of putting things in perspective.  But here we are constantly arguing about events that in the evolutionary time are barely worth noticing.
I remember from a historiography class where we read Collingwood that history only concerns human history.  But in light of all of the paleontologic discoveries of recent years, can we really stick with that claim?

Climate change demands we take a longer perspective.  If we screw up Planet Earth, the history books will have to start further back than the industrial revolution.  We'll have to place the decline along a timeline that includes the eradication of dinosaurs by an asteroid (65 MYA) and the explosion of the Toba volcano (74 KYA) that nearly wiped out life on Earth, including our direct evolutionary ancestors.

KYA?  That's science speak for thousands of years ago. See what I mean?  Thinking in terms of decades or even a few hundred years seems almost quaint.  We need to get out, more often.  It's time to think big.

That's why I find myself drawn to Big History.

I think they're onto something.