Why Americans Support the Iran Deal for the Wrong Reason

Rick Shenkman, an associate professor of history at George Mason University, is the editor of HNN.  His newest book is Political Animals:  How Our Stone Age Brain Gets in the Way of Smart Politics (January 2016). This article was first published by The World Post. 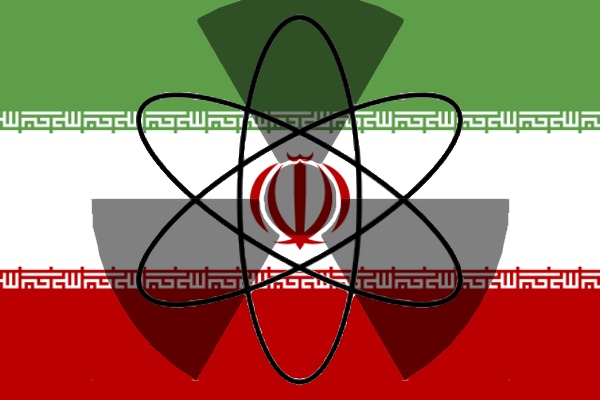 Three days before the Iraq War began in 2003, Vice President Dick Cheney was asked on "Meet the Press" how he believed the war would go. He answered: "My belief is we will, in fact, be greeted as liberators."

In retrospect, this was one of the most laughably bad misjudgments any high official in American history has ever made, and it taught us a lesson. The lesson was never to trust Dick Cheney again. But there was an additional lesson we needed to learn and didn't. The lesson was that we shouldn't presume to know the thoughts of foreign people with whom we have had little direct contact.

How do I know we didn't learn this lesson? It's clear from the poll results that have come out since the U.S. and Iran agreed on a framework for removing sanctions over Iran's nuclear program. While most commentators have focused on the broad support the public has given the agreement -- 59 percent approve and 31 percent disapprove -- what's more significant is that so many people (90 percent) seem to have an opinion at all.

That's alarming given that that the details of the framework are both secret and in dispute (the Iranians and Americans continue to spar over what was agreed to) and given that it's plainly unclear what the Iranians' intentions are. The only honest answer about Iran's intentions at this point is: we don't know.

That, unfortunately, is not something we are likely to admit. Why? Because given the way our brain is wired, we believe we can divine how other people think. Because our brain evolved during a period when we lived in small groups consisting of people who knew each other so intimately that we developed confidence in our ability to read other people's intentions. An alarm bell should go off when we aren't in a position to be able to do so; but it doesn't.

Another related human bias is affecting how people are assessing the framework -- particularly people who support it. Our "projection bias" leads us to believe that other people think like we do. In this case, we think that if we were in Iran's position, we'd gladly restrict our nuclear program to get rid of sanctions that are hobbling the economy and making life miserable. That just strikes us as common sense. NPR's Steve Inskeep reflected this view in his recent interview with President Obama. Lifting of the sanctions, the journalist noted, "is widely anticipated to cause a lot of economic growth in Iran. Iranian business people are already banking on this." See, they're just like us.

Unfortunately, what may seem like common sense to us may not seem so to Iranians, particularly the hardliners. Other considerations may rank higher. But this is a hard lesson to learn, and once again, it's because we evolved in small groups. We didn't develop an instinct against what social scientists call mirroring since anybody we encountered was likely to think pretty much as we did.

A warning against the bias is prominently addressed in Psychology of Intelligence Analysis, which was published by an arm of the CIA. But knowing about the bias doesn't offer protection against it. Psychology of Intelligence Analysis was published in 1999, four years before the agency (and Dick Cheney) argued that Iraqis would welcome our invasion against Saddam.

Careful journalists have noted that the polls indicate that two-thirds of Americans are skeptical an agreement would stop Iran from developing nuclear weapons. This suggests that Americans have a sophisticated understanding of Iran, balancing an optimistic outlook against a well-earned cynicism.

Actually, what it more likely is that after decades of acrimony (remember, Iran was considered part of the "axis of evil"), most of us remain suspicious of Iranians, particularly since they don't look or dress like most of us, yet another legacy of our Stone Age evolution.

The history of the last forty or so years suggests that we don't understand Iran in 2015 any better than we understood Iraq in 2003 or Vietnam in 1965. Our track record is, frankly, terrible -- replete with one "oops" after another. Jimmy Carter's U.N. Ambassador welcomed Ayatollah Khomeini's return to Iran in 1979, calling him "a saint." Ronald Reagan sold arms to Iran in exchange for help releasing American hostages. George W. Bush failed to anticipate how Iran would take advantage of the accession of Shiites like Nouri al-Maliki.

A nuclear deal with Iran may be good for the United States, but the only reason to believe it might be is the reason President Obama gave in his NPR interview. As he said, even if Iran "doesn't change, we are so much better if we have this deal in place than if we don't." That is, we can be hopeful the Iranians are turning over a new leaf, but we can't be sure, and that's okay because the deal is structured in such a way as to trigger sanctions if Iran reneges.  (Some critics, of course, doubt sanctions would be restored.)

But it's not likely that most people in their heart of hearts are willing to admit they don't know what Iranians are up to. That's the one thing most liberals and conservatives have in common: a belief in their ability to read the Iranians' minds.