No, Democrats Shouldn't Learn to Hate Like the Right 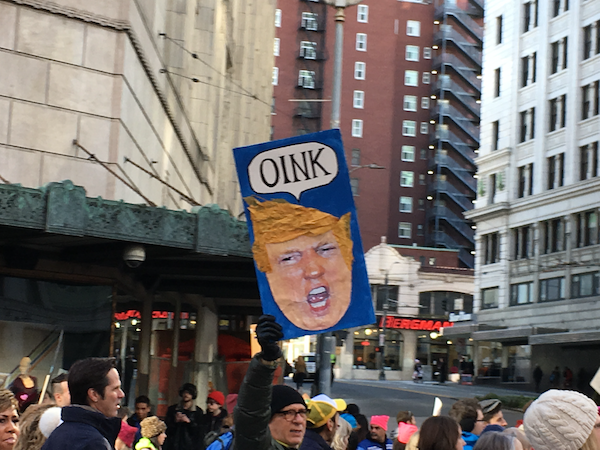 Rick Shenkman is the publisher of the History News Network and the author of Political Animals:  How Our Stone-Age Brain Gets in the Way of Smart Politics , from which this article is adapted. You can follow him on Twitter. He blogs at stoneagebrain.

Michelle Goldberg, a columnist for Slate, writes in the New York Times that Democrats are discovering what Republicans have long known:  anger works in building a movement.  As she rightly notes, the GOP has used anger for decades to energize conservative voters by the millions.  The list of things that made these conservatives angry was long.  In the 1950s it was commie spies infiltrating the government.  In the 1960s it was pot smoking hippies, murderous (black) criminals, and socially disruptive (black) protesters.  In the 1970s it was pro-choice "feminazis."  In the 1990s it was the Clintons, especially the female member of the pair.  It burned to hear her mock women like Tammy Wynette who stand by their man and bake cookies.

Now it's the Democrats who have gone angry.  The cause, of course, is Donald Trump.  Who can blame them?  Every day Trump ridicules the principles Democrats hold dear.   Goldberg doesn't say right out that she approves of the Democrats getting angry but she slyly notes how useful anger can be.  Angry voters don't remain seated on the sidelines like most voters.  They get out and organize and protest.  Isn't that what Democrats need to do to take back their country?

But before Democrats rush headlong in an embrace of their inner Bruce Banner (The Hulk), they should consider the ramifications for democracy.  Anger destroys what's most essential for democracy and that's the spirit of compromise.

In an experiment designed by social scientist George Marcus and colleagues to detect what happens when voters turn angry subjects were shown a news story about a  fictitious college in Oregon that was using affirmative action to draw a more diverse student body. The story came in two versions. One put affirmative action in a positive light, the other in a negative light. What the study found was that people who were made anxious by the story they read  finished reading it wanting to know more. They clicked on links to read more about affirmative action even if those articles contradicted their beliefs and made them feel even more anxious.

But people who were made angry by what they read displayed a contrary reaction.  They did not want to find out more. Instead, they became more committed to their existing views.  This was true of liberals who favored affirmative action and read a version of the story that put it in a bad light, and conservatives who opposed affirmative action and read the version that put it in a good light. These people, whichever camp they were in, liberal or conservative, did not want to read articles that conflicted with their own views. In short, they did not want to know more. Anxious voters had an open mind.  Angry voters had a closed mind.

From an evolutionary perspective, anger was desirable when we were living as hunter-gatherers. In a crisis requiring quick action, anger gave us the focus we needed to succeed. Even in a fight with another human being it helped to be angry. An angry person is intimidating.

But in the modern world? In mainstream politics anger undermines democracy. People who are angry cannot see others’ points of view. Angry people don’t compromise.  And what is true now of our democracy? Americans by the millions are angry. It’s no wonder politics in Washington, DC, suffers from gridlock. Anger is doing what it was designed to do: stiffen our will under grueling conditions.

But it wasn’t designed to help us survive in a multiparty cooperative system involving millions of citizens of the same country. Anger evolved to help us meet specific threats in settings where it was needed only for a short period. People in general did not remain in an angry state for months and years on end. But in our world they do stay angry in response to the taunts of grandstanding politicians and media demagogues. These days we don’t get a chance to take a break from anger. It’s all around us all the time. And we’re surprised that the feeling of compromise is rare?

Anger to be sure is the fuel that drives social movements. It was anger at apathy that drove gay activists to form Act Up in the 1980s, and anger that drove the Tea Party. Anger works. It draws people together and gives their efforts focus and purpose. To be human is to feel anger. It’s the emotion we use when we want to force someone else to change his or her behavior. But we’ve overlearned the lesson of the past. Anger only works in a democracy if a small minority uses it to advance an unpopular view. If the reaction to ordinary day-to-day politics by ordinary voters is anger by default, and if professional activists employ anger to recruit followers and draw donations, making anger routine, our democracy won’t work the way it should. Under those circumstances, no one will get what they want. And that’s the situation we’re in now. So many people are angry, there’s no room for compromise.

Democrats should keep this research in mind before deciding to give in to anger.  The country is badly off enough as is without both parties exploiting anger for political advantage.