When Will Trump Voters Realize They've Been Had? 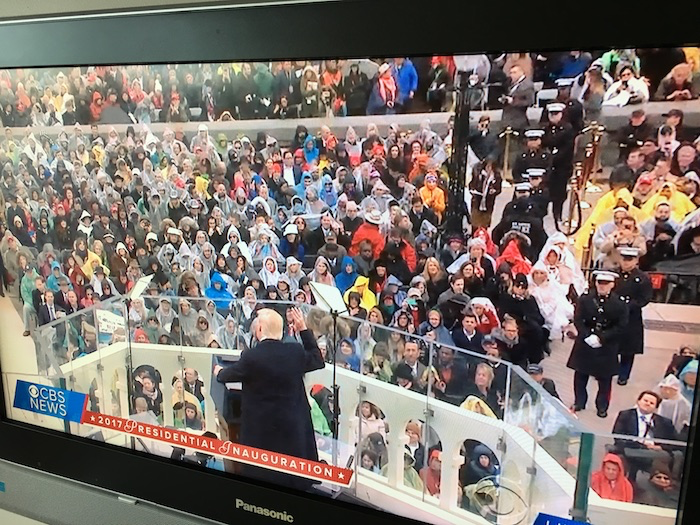 When will the people of West Virginia and Pennsylvania, those stalwart Trump voters who believe he’ll be bringing back coal jobs, finally figure out they’ve been had?

By now the list of people who realize they’ve been played by Donald Trump is longer than a Chinese menu. It includes, of course, the thousands of people who took out loans to pay the tuition at Trump University only to discover their degrees were worthless; bankers who lost millions on over-extended projects through the course of six bankruptcies; contractors who got stiffed on those projects; and many many others, and that's all before he became a politician.

Since his announcement in 2015 that he was running for president he's humiliated both Mitt Romney, who actually thought he might be named secretary of state (a fantasy, if ever there was one), and New Jersey Governor Chris Christie, who believed his groveling would at least secure him a spot as attorney general before the prize went to Jeff Sessions (Trump reportedly promised Christie the position and then withdrew it). Even Benjamin Netanyahu, who welcomed Trump's election after his bruising battles with Barack Obama, has learned that Trump's not to be trusted (Netanyahu was surprised if not shocked when Trump chided Israel for expanding settlements).

But what about Trump's voters? Nothing less than the fate of the planet rests possibly on their shoulders as well as vital decisions that will determine if millions lose their health insurance and whether refugees from Syria are resettled in the United States. And yet they've by and large stood by Trump. And that's critical. As long as they stick with the president the GOP isn't likely to impeach him or take him on.

Their willingness to turn a blind eye to his many obvious deficiencies is infuriating to liberals, many of whom have already decided that Trump should be impeached, a conclusion multiple liberal city councils have reached.  And if that proves impossible, many liberals have demanded that he should be removed from office through the 25th Amendment on the grounds that he's cognitively impaired. The feeling that Trump poses a danger is worldwide. After his disastrous performance at the NATO summit German journalists began calling for regime change in the United States.

Liberals, hang in there! Not all is actually as grim as it seems. Nate Silver reports that the number of Americans who strongly support Trump has fallen from 30 percent to around 22 percent since February. "Far from having unconditional love from his base," Silver observes, "Trump has already lost almost a third of his strong support.” Even better, "voters who strongly disapprove of Trump outnumber those who strongly approve of him by about a 2-to-1 ratio."

History suggests it's unrealistic to expect people to change their minds quickly. This is a pattern that has held for centuries. In the 1600s the Salem witch trials dragged on for eight long months before townsfolk finally began to realize that they had been caught up in an irrational frenzy. More recently, Americans proved during Watergate that they are reluctant to turn on a president they have just elected despite mounds of evidence incriminating him in scandalous practices. The Watergate burglary took place on June 17, 1972. But it wasn't until April 30, 1973 – eleven months later – that his popularity finally fell below 50 percent. This was long after the Watergate burglars had been tried and convicted and the FBI had confirmed news reports that the Republicans had played dirty tricks on the Democrats during the campaign. Leaked testimony had even showed that former Attorney General John Mitchell knew about the break-in in advance. But not until Nixon fired White House Counsel John Dean and White House aides H.R. Haldeman and John Ehrlichman resigned did a majority turn against the president. And even at that point Nixon's poll numbers stood higher than Trump's. Nixon:  48 percent; Trump: 42 percent.

It's not just conservative voters who are reluctant to change their minds. So are liberals. After news reports surfaced in the 1970s proving that John Kennedy was a serial philanderer millions of his supporters refused to acknowledge it. A poll in 2013 show a majority of Americans still think of him as a good family man.

Thus far not even many leading Democrats have been willing to come out in favor of Trump's impeachment. Cory Booker, the liberal senator from New Jersey, said this past week it's simply too soon. And if a guy like Booker is not yet prepared to come straight out for impeachment, why should we think Trump voters would be willing to? It is only just in the last few weeks that polls show that a plurality of voters now favor Trump's impeachment. (Twelve percent of self-identified Trump voters share this view, which is remarkable.)

It's no mystery why people are reluctant to change their minds. Social scientists have produced hundreds of studies that explain the phenomenon. Rank partisanship is only part of the answer. Mainly it’s that people don't like to admit they were wrong, which is what they would be doing if they concede that Trump is not up to the job. When Trump voters hear news that puts their leader in an unfavorable light they experience cognitive dissonance. The natural reaction to this is to deny the legitimacy of the source of the news that they find upsetting. This is what explains the harsh attacks on the liberal media. Those stories are literally making Trump voters feel bad. As the Emory University social scientist Drew Westen has demonstrated, people hearing information contrary to their beliefs will cease giving it credence. This is not a decision we make at the conscious level. Our brain makes it for us automatically.

So what leads people to finally change their minds? One of the most convincing explanations is provided by the Theory of Affective Intelligence. This mouthful of a name refers to the tendency of people experiencing cognitive dissonance to feel anxiety when they do so. As social scientist George Marcus has explained, when the burden of hanging onto an existing opinion becomes greater than the cost of changing it, we begin to reconsider our commitments. What's the trigger? Anxiety. When there's a mismatch between our views of the way the world works and reality we grow anxious. This provokes us to make a fresh evaluation.

What this research suggests is that we probably have a ways to go before Trump voters are going to switch their opinions. While some are evidently feeling buyers' remorse, a majority aren't. They're just not anxious enough yet. Liberals need not worry. The very same headlines that are giving them an upset stomach are making it more and more likely Trump voters are also experiencing discomfort. What might push them over the edge?  One possibility would be a decision to follow through on his threat to end subsidies to insurance companies under Obamacare, leading to the collapse of the system, and the loss of coverage for millions of Trump voters. That’s become more and more likely since the Senate is apparently unable to pass the repeal and replace measure Trump has been counting on.  So liberals just have to wait and watch.  Will the story unfold like Watergate?  Every day the answer increasingly seems yes.

An optimist would argue that social media will help push people to change their minds faster now than in the past.  But social media could also have the opposite effect.  People living in a bubble who get their media from biased sources online may be less likely to encounter the contrary views that stimulate reflection than was common, say, in the Nixon years when virtually all Americans watched the mainstream network news shows.  Eventually, one supposes, people will catch on no matter how they consume news.  Of late even Fox News viewers have heard enough disturbing stories about Trump to begin to reconsider their commitment to him.  That is undoubtedly one reason why Nate Silver found that so many Trump voters are reluctant to count themselves among the strongest supporters.