Why Stories Are so Important in Politics 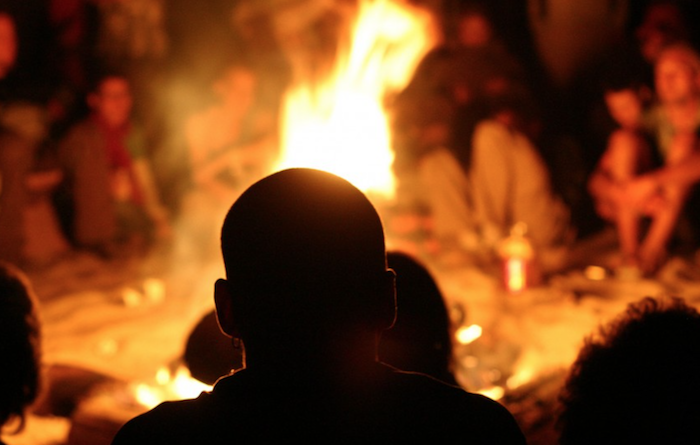 Rick Shenkman is the publisher of the History News Network and the author of Political Animals:  How Our Stone-Age Brain Gets in the Way of Smart Politics (Basic Books, January 2016), from which this article is drawn. You can follow him on Twitter. He blogs at stoneagebrain.

Years ago, the distinguished Harvard social scientist Howard Gardner wanted to discover what highly successful leaders have in common. After reviewing the lives of eleven luminaries, from Margaret Thatcher to Martin Luther King Jr., Gardner concluded that their success depended to a great deal on their ability to communicate a compelling story, “narratives that help individuals think about and feel who they are, where they come from, and where they are headed.” These stories, he found, “constitute the single most powerful weapon in the leader’s literary arsenal.” And what did these stories in turn often share? A  five-year-old’s binary view of the world as a place of lightness and darkness. Why was that critical? Because, Gardner reported, “Adults never lose their sensitivity to these basic narratives.”

It was no coincidence, Gardner suggested, that Reagan’s Strategic Defense Initiative (SDI), a missile defense system, instantly came to be known as Star Wars. While his critics hoped to discredit SDI by associating it with a movie featuring a simple good-versus-evil formula, the imagery brilliantly worked in SDI’s favor. Reagan, like Luke Skywalker, was fighting the good fight.

The reason stories are particularly attractive to leaders is that they are easily understood. Politics is about nding issues susceptible to public de- bate, issues that don’t require a college education, which most voters lack. By using stories, especially children’s stories that feature good guys and bad guys, politicians can reach 100 percent of the audience. How does a voter feel in the presence of a politician who bases his appeal on stories? Smart. For everybody understands stories. And as we learned earlier, what’s im- portant in politics is not what politicians look like or sound like, but how they make voters feel.

Stories are important in another way that’s worth noting. Like myths they help us adapt and change. The historian Yuval Noah Harari asks us to imagine a woman born in Germany in 1900 who lives to 100. In the course of her single lifetime, she would have lived through the Hohenzollern Empire, the Weimar Republic, the Nazi Third Reich, the division of Germany into East and West Germany, and the unification of Germany. Despite living through “very different sociopolitical systems,” her DNA would have “remained exactly the same.” What changed each time was not her or anybody’s DNA, but the story citizens living under those systems believed about themselves. Change the story, and our behavior changes. Germans living under Hitler behaved differently than they do today.

One of our chief advantages over animals has to do with our storytelling (and story-believing) ability. Animals by and large do not change their behavior, and they certainly cannot do so quickly. They need thousands of years to evolve. We don’t—and it’s because of stories. We don’t need to evolve to change. We can just tell ourselves a new story.

Politicians avail themselves of our susceptibility to stories by changing their own stories to suit our desires. If one election year what we seem to want is an outsider, they’ll emphasize milestones in their life story that suggest they’re outsiders. If four years later it seems more opportune for them to present themselves as experienced insiders, they’ll simply rebrand themselves by changing their story.

Who wins elections? Well, that’s a complicated question, to be sure. But one of the central factors that is often critical is the ability of a politician to tell a convincing story. The reason for this is that stories unify us. A politician with a compelling story can unite people behind them.