In the last few weeks President Trump has replaced both his secretary of state and his national security advisor.  Each move came amid reports that he was acting on instinct.  This is a matter of no little significance. A lot is riding on his gut — nothing less than the possibility of war.  Both of his new hires are said to be hawks eager for war with both Iran and North Korea.  As a headline in Slate announced:  “It’s Time to Panic.”

Mr. Trump himself seems convinced he can wisely rely on his gut when making decisions.  But is he right? He’s almost certainly wrong, as I’ll show in a moment. But why would he believe it?

Like most people he tells himself a seductive story that confirms his assumptions.  His story, I’d guess, goes something like this.  I am a billionaire.  I have been wildly successful.  My whole life the bien pensant have been telling me that I’m going about things all wrong and yet look where I am?  I’m in the White House and they’re not.  So I must know what I’m doing. And I’ve accomplished everything in life by going with my gut.

One problem with this way of thinking is that we know for a fact that even highly successful people who have a history of going with their gut often fall flat on their faces.  We don’t have to go back far in history for an example.  Remember George W. Bush?  He too thought he could rely on his gut when making decisions.  What do you think he told himself when millions started marching against the Iraq War?  I suspect it was the same story Donald Trump is probably telling himself now.  That’s the problem with gut thinking of this sort.  It’s the all-purpose excuse for doing whatever you want to do whether it’s likely to succeed or fail.

To be sure, presidents like Barack Obama who primarily rely on reason make errors as well.  The questions a president faces are almost always the really hard ones — the easy ones get settled lower down the chain of command — so decision making usually comes down to judgment calls involving multiple variables, incomplete information, and best-guesses about future outcomes.  But we almost certainly have more to fear from those who use their gut than their higher order cognitive thinking skills.

One reason is obvious and it has to do specifically with the presidency.  There is simply no job like it.  And that means that the experience a person brings to the Oval Office is unlikely in most cases to be of much help except in discrete situations where there’s a match between the current challenge being faced and some previous challenge, as sometimes happens.  One thinks of Dwight Eisenhower making a war or peace call.  Given his experience as the Supreme Allied Commander in Europe in World War II Ike had the requisite experience when deciding how to end the Korean War and set defense spending for the United States afterwards.  Critics questioned his decisions.  He rightly told them he knew more about war than they did. Game. Set. Match.

Donald Trump alas is no Eisenhower.  His field of experience is limited to two realms: The real estate business and reality TV.  And neither is a likely source of the kind of experience needed to conduct foreign affairs (like deciding whether it’s wise to meet with the leader of a country that has threatened to wipe out yours in a nuclear war).

It is possible for someone lacking experience to compensate for that.  One way is by reading books.  But all indications are that Mr. Trump is not a reader.  Friends have speculated that he’s not even read the bestsellers he’s credited with writing. Unlike George W. Bush, Trump doesn’t read history books, a source of invaluable knowledge for a man in his position.  Nor does he read biographies of past presidents. When asked why he doesn’t read history books or biographies he has said that he doesn’t have the time.  He’s too busy.  (Is it just because I’m a historian that I find this appalling?)

There is another way to compensate for limited experience and that’s to rely on others who possess the requisite expertise.  But here again Trump seems disinclined to avail himself of this source of ready knowledge.  The President’s Daily Brief is prepared to give the president the best intelligence estimates of the government’s top experts. Mr. Trump has reportedly blown them off frequently.  As he explained on MSNBC during the campaign:  “My primary consultant is myself and I have a good instinct for this stuff."  By “this stuff” Mr. Trump was referring to foreign policy.

But it gets worse.  Almost certainly when Trump hails his gut he has in mind something else besides experience.  And that’s his animal instincts. That’s the feeling he gets when he decides on the spot it’s time to clobber somebody, say something outrageous, or take a bold risk. As his own aides have confessed, Trump doesn’t know when he wakes up in the morning what he plans to do that day.  He just does it. 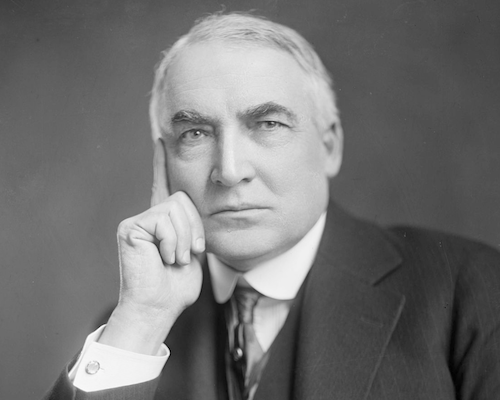 In a way his is the Malcolm Gladwell presidency.  Gladwell argues in his bestseller Blink that people are often better off trusting their instincts rather than reason.  This is not as crazy as it may sound.  This is because our unconscious brain works faster than our conscious brain. A rich social science literature built around the insights of German psychologist Gerd Gigerenzer and others confirms that our unconscious brain can be helpful in a variety of situations from catching a baseball to deciding when to duck so a flying rock misses your head.

But is this a prudent approach in politics?  There are many reasons to doubt it, as even Gladwell sorta acknowledges in his book in a chapter on Warren Harding, the only chapter dealing with politics.  In Gladwell's telling, voters picked Harding because he looked like a president.*  As Gladwell admits, this was a mistake.  Harding wasn't cut out to be our chief executive as experience quickly showed. When given conflicting advice by different experts he expressed bewilderment. When making appointments he installed incompetent and corrupt people in high positions of authority. And I haven't even mentioned his having sex with a lover in a White House closet.

There's a reason instinct doesn't work very well in politics. Our animal instincts evolved to help us survive in small communities made up of people we actually know.  In the modern world political questions involve settling differences between millions and billions of people who are strangers.  There is little reason to believe that instincts that evolved to shape our survival in a hunter gatherer community would be useful in helping us triumph in a complicated world consisting of nation states.

The problem is that our brain doesn’t send a red flare up to warn us when an instinctive action is inappropriate.  Indeed, it tricks us into thinking that when we act on instinct we can trust ourselves no matter the context.  That is because at the moment when we are going with our instincts we feel good about it.  It is not until we see the results that we can make a proper assessment.  And by then we may have become so invested in our decision that we may be more inclined to justify our action rather than reevaluate it no matter how badly things turned out.  As psychologists have shown, literally hundreds of biases warp our ability to see things clearly, among them partisanship, which particularly afflicts the ability of human beings engaged in political debates to see the world as it is and not as we wish it to be.  This is dangerous.  Seeing things as they are is essential in politics.

As it happens, Trump’s animal instincts have been flagrantly failing him.  Consider the ability to size up people, which is surely one of the most basic animal instincts there is.  You cannot get far in life if you place your trust repeatedly in people who don’t deserve it.  But judging by the turnover in the White House staff the past 14 months this is not a skill Trump can claim with elan.  He has repeatedly put people in powerful positions who have turned out to be duds or worse, including his first National Security Advisor, first Chief of Staff, and first, second and third Communications Directors. (Yes, there have already been three of them, one lasting just ten days.)

Another animal instinct has repeatedly undermined his authority and that’s his resort to bullying. Like animals studied by primatologist Frans de Waal, Trump resorts to bullying almost daily.  In the real estate business bullying probably worked for him, because in that line of work there are always new projects involving new people you haven’t dealt with before.  This explains why Trump as a builder was able to get away with cheating Polish workers out of their pay and blocking black applicants from his apartments  –  and yes, he did both.  But bullying doesn’t work very well in democratic politics.  There are only so many important people in politics you can bully before you run out of easy marks. Eventually, in a closed universe like politics, the people you’ve bullied accumulate to the point where you can no longer escape them.  In the end it’s a losing strategy.

So is lying, which Trump does almost every time he opens his mouth.  Trump often lies even when we know he’s lying.  Lying is instinctive with him, as it is, we have to acknowledge, with everybody.  We all lie.  But Trump seems not to calculate in advance the cost of lying.  This is unusual in a politician.  Most usually quickly learn that while you can lie to the American people from time to time and suffer few consequences, you must not lie to other politicians.  Do that and they won’t want to do deals with you in the future because they won’t be able to trust you.  Trump, though, hasn’t seemed to figure this out.  His failure is sabotaging his ability to cut deals with Congress.

The question isn’t whether Trump is going to continue to go with his instincts or not.  We know now he is.  Rather, the question is whether his supporters will.  It was because they went with their instincts that they fell for a candidate who appealed to their tribal identity and demonization of outsiders.  But will they continue to do so?  On this question rests the fate of the republic.

*For the Record:  Harding owed his election to multiple factors,  most importantly that he was a Republican.  That he was also handsome was probably of little significance, especially since political campaigns did not play out on television as they do now.