Blogs > Stone Age Brain | Rick Shenkman > So You Think You Know Who the Pilgrims Were?

So You Think You Know Who the Pilgrims Were? 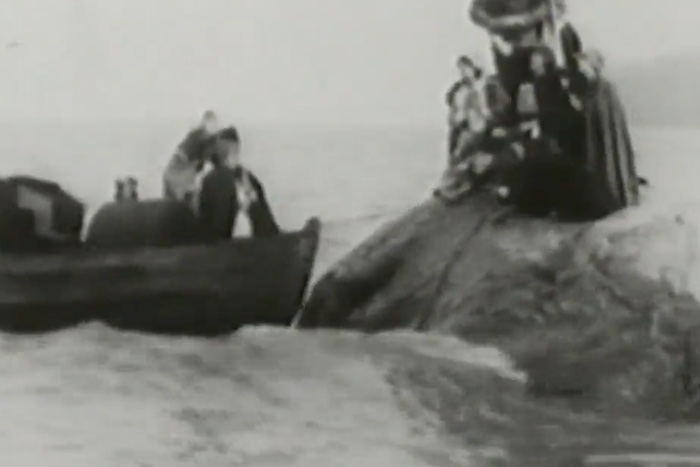 The Pilgrims landing on Plymouth Rock in a re-creation that is wholly false.

This blog post was written by Rick Shenkman, the founder of George Washington University’s History News Network, and the author of Political Animals: How Our Stone-Age Brain Gets in the Way of Smart Politics (Basic Books).

Three decades or so ago I stuck my neck out and went public with the truth about the Pilgrims and the Puritans and -- yes -- Thanksgiving.  The world did not stop spinning, but a lot of people expressed surprise.

In an appearance on NBC's Today show the shocked hosts quizzed me closely.

Sam Donaldson on ABC News, somewhat annoyed, asked "Who is this guy?" after I appeared on a segment on his prime time show.  (Diane Sawyer, his co-host, seemed less annoyed than intrigued.)

Some years later I produced a series called Myth America for TLC (nee The Learning Channel) in which I recounted the key myths we Americans have accepted as truth about a whole range of subjects including Thanksgiving.

Kids, pull up a chair.You can now watch the Thanksgiving show right here.

I promise you won't be prosecuted by the authorities (except maybe in Florida).

Click here to watch. (The show is 30 minutes long.)

You can watch the other shows in the series I've made available so far by clicking on this Twitter thread.