Honor Those Lost By Working for Peace

William Lambers is the author of The Road to Peace and partnered with the UN World Food Program on the book Ending World Hunger. His writings have been published by the Washington Post, Chicago Sun-Times, History News Network, Newsweek and many other news outlets. 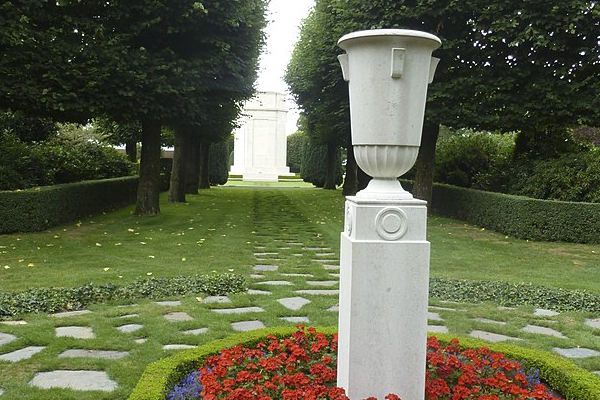 The poem "In Flanders Fields" honors those who died in the First World War. Written by Canadian physician Lt. Colonel John McCrae, it reads: "We are the dead. Short days ago.  We lived, felt dawn, saw sunset glow, Loved and were loved, and now we lie, In Flanders fields.”

McCrae served in the Flanders region of Belgium and saw the horror of war losing his close friend Alexis Helmer in the Second Battle of Ypres in 1915. That tragedy inspired McCrae to write "In Flanders Fields." He saw red flowers, called poppies, growing quickly at the grave sites of the battle.  The opening of the poem reads “In Flanders Fields, the poppies blow Between the crosses, row on row.”

McCrae initially gave up on the poem, thinking it not worthy.  Fellow soldiers encouraged him not to give up on his writing, which was emotionally powerful. McCrae's poem is now timeless and is read widely on Memorial Day as a tribute to those lost in all wars.

My great uncle, Ira Pitzer of the U.S. Army, also became a casualty of World War One. He died just eight days before the 1918 Armistice. A line from McCrae's poem, written from the perspective of the fallen soldiers, tells the living to carry on their mission ”To you from failing hands we throw The torch; be yours to hold it high."

And that mission now is to seek the "Lost Peace" that never came after World War One. The soldiers, like my great uncle, who fought so bravely in “The war to end all wars" wanted to achieve a lasting peace. That peace is still missing as wars continue. Will mankind ever learn that war is not the answer? We must keep up the struggle to end all wars.

We can honor our lost loved ones on Memorial Day by searching for that elusive peace  We must encourage our leaders to be peacemakers, to work harder to end existing conflicts and prevent future ones. We desperately need to end the war in Ukraine, where civilians are dying and millions have been displaced after Russia’s invasion.

For Memorial Day we can save many lives by giving. I remember the story of an Ohio woman who wanted to buy flowers to mourn someone she had lost. But instead she chose to make a donation to the Belgian Relief Commission during World War One. That charity fed the starving people in Belgium who were trapped by the fighting between the Allies and the German-led Central Powers. She honored her loved one by saving a life. What a powerful statement of love and peace.

Feeding a starving child on Memorial Day is fitting for this year’s remembrance. For right now the war in Ukraine has placed millions of people worldwide in danger of starvation. Wheat from the Ukraine, which feeds the world, is trapped in ports under Russian siege.

There are also major hunger emergencies in Yemen, Somalia, Ethiopia, South Sudan, Afghanistan and many other countries. But relief agencies don’t have the funding or supplies to feed them. Children are starving to death in these nations.

We can save many lives by donating on Memorial Day to hunger relief charities like the World Food Program, CARE, Catholic Relief Services, Save the Children, Mary’s Meals, UNICEF or Edesia. What a fitting tribute to those we have lost is to save a life on Memorial Day. And we must continue the mission to find a lasting peace and end all wars.


William Lambers is the author of The Road to Peace and partnered with the UN World Food Program on the book Ending World Hunger. His writings have been published by the Washington Post, Chicago Sun-Times, History News Network, Newsweek and many other news outlets.