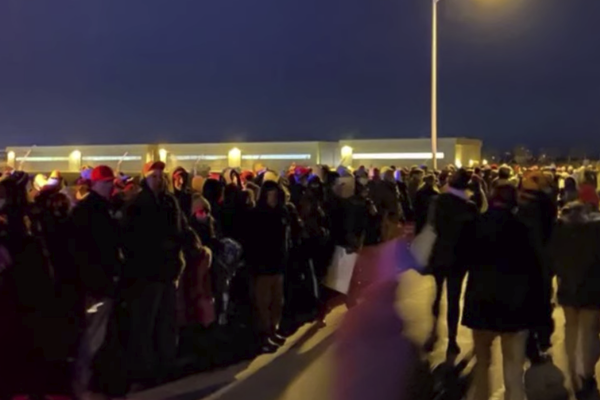 Steve Hochstadt is a writer and an emeritus professor of history at Illinois College.

Discussions of Donald Trump as President focus heavily on his lying. NY Times reporters Linda Qiu and Michael D. Shear highlighted “131 false or inaccurate statements” he made in a 90-minute speech in Wisconsin this month. It might be more useful to consider that speech as one big lie repeated in airport hangars across the country. Another way to think about these performances is to see Trump as the Great Pretender.

He has been pretending his entire adult life. After taking half a billion dollars from his father, he has pretended to be an extraordinarily successful businessman. He plastered his name on buildings all over the world, found people to write books touting his business genius, and finally landed a role playing a billionaire on “The Apprentice.”

Despite occasional public hints that his failures overwhelmed his successes, Trump’s mastery of publicity and ability to find willing lenders hid the reality of commercial bumbling and colossal losses. Only after years of dogged digging into his finances by the press do we discover the truth about Trump – he was and is a business failure, pretending to be great.

All along Trump has pretended that he is extraordinarily smart, a rare genius. He has claimed to know more of everything than anyone else: about ISIS, campaign finance, courts and lawsuits, the visa system, drones, trade, taxes, money, infrastructure, technology, and construction. But he has shown none of the usual signs of high intelligence. He rarely reads. His language is simple and repetitive. Others wrote his books. He did not do well in college. More relevant to the immediate moment, he has shown no ability to adapt to the extraordinary circumstances of this election year. Some of his public interventions have been extraordinarily stupid, such as his first debate performance and his rejection of another stimulus bill.

Trump pretends that he has accomplished things that have not happened. He also loves to take credit for the achievements of others. The Washington Post’s Fact Checker counted 156 times over the past two years that Trump took credit for the Veterans Choice Act, passed during Obama’s presidency with the leadership of John McCain. That’s more than once a week.

Trump pretends that any concern for the environment is stupid. This pretense goes far beyond his claims that climate change is a hoax. He pretends that low-wattage light bulbs and low-flow toilets don’t work, and that wind turbines are unreliable and kill birds. He doesn’t say much about the specific anti-pollution regulations his administration has revoked. Of course, he also pretends to be an excellent steward of the environment.

Trump pretends to be not just smart and successful, but greater than any person could be. He describes himself as a genius. He pretends that “Nobody has ever done for the black community what President Trump has done.” He pretends to be the most presidential of all Presidents except perhaps Lincoln.

Trump has pretended for years that he had a health insurance plan much better and much cheaper than the ACA that he and Republicans have tried to destroy. Both he and Mike Pence repeated this fiction in the debates this month. There is no plan and there never was a plan. This pretense involves protecting people with pre-existing conditions, which has proven much too popular to eliminate. But Trump’s embrace of the concept of “herd immunity” shows how little protection he offers to Americans with pre-existing conditions that make the coronavirus especially dangerous to them.

In the song “The Great Pretender” by the Platters, Tony Williams admitted that he was just pretending because the truth was too hard to accept. Trump admits to no pretense. He can’t give up the role of the great man he is playing, the greatest man ever.

Instead of leadership, Trump provides pretense. Now Mark Meadows, his chief of staff, has ripped even that mask off, when he said that the Trump administration is not trying to control the coronavirus epidemic.

Trump golfs and lies at rallies, while Americans die. He has been pretending to be president for four years. Soon the pretense will be over.